Hero of the Olympics is a Hero to Dogs as Well 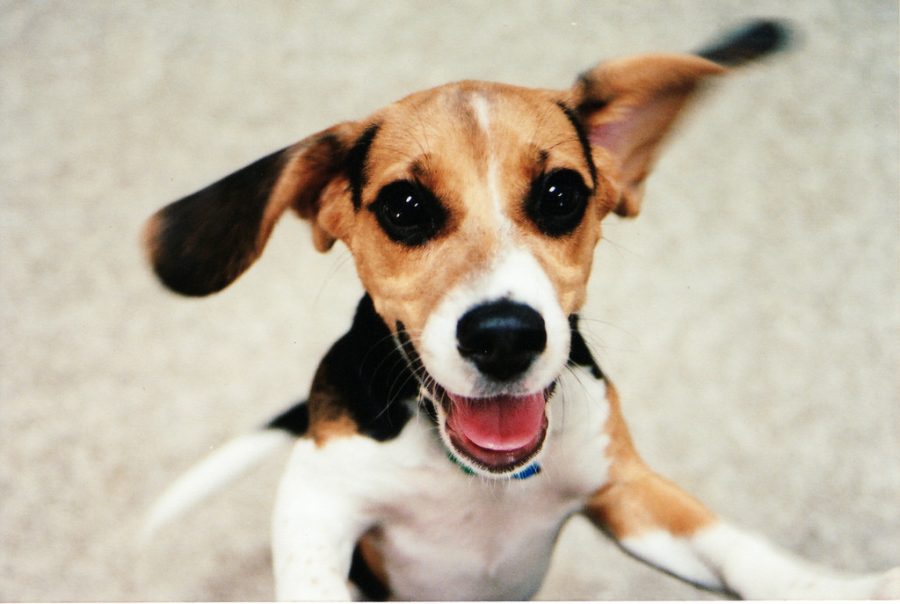 Two-time Olympic medalist Gus Kenworthy is a hero to many. For fans and athletes, he’s a champion freestyle skier. To the LGBTQ community, he’s an appealing representative. And he’s proven himself to be a hero to dogs on more than one occasion.

Four years ago these boys were born under an Olympic security tent located in the mountains near Sochi Russia. At a time where the Russian authorities were killing hundreds of dogs to clean up the streets, I worked day and night to bring this family of dogs back to North America. They now call Vancouver home, and I can’t imagine being without them for second. Life is a little funnier, more difficult, less lonely and a whole lot more interesting with them in it. You really don’t need a valentines date when you have this type of company. Happy Valentine’s day boys! Good luck this week in #Korea @guskenworthy and I hope everyone is considering adopting a dog (or a cat or whatever ?) to keep you company and for you to keep them company. ??????????????????

In 2014, the Russian authorities were rounding up and poisoning stray dogs in Sochi. They were trying to prepare the town for the international attention that would come from hosting the winter Olympics. The authorities claimed that they were only killing sick dogs, and releasing healthy ones back to the streets. But people living in Sochi believed otherwise.

“They always poison the street dogs here,” Sochi resident Yulia Krasova told CNN.  “But in December it got terrible … they began poisoning the animals terribly before the Olympics.”

That year, while competing in Sochi, Kenworthy found a family of dogs near the Olympic village. He adopted them and brought them back to the United States. Now they’re living lives of luxury. The mother of the family, whom Kenworthy named, appropriately, “Mama,” is living with Kenworthy’s parents in Colorado. The others, Jake and Mischka, live with friend Robin MacDonald in Vancouver, Canada. In addition, Jake and Mischka are social media stars. You can keep up with their adventures by following @thesochipups on Instagram.

This morning Matt and I had a heart-wrenching visit to one of the 17,000 dog farms here in South Korea. Across the country there are 2.5 million dogs being raised for food in some of the most disturbing conditions imaginable. Yes, there is an argument to be made that eating dogs is a part of Korean culture. And, while don't personally agree with it, I do agree that it's not my place to impose western ideals on the people here. The way these animals are being treated, however, is completely inhumane and culture should never be a scapegoat for cruelty. I was told that the dogs on this particular farm were kept in "good conditions" by comparison to other farms. The dogs here are malnourished and physically abused, crammed into tiny wire-floored pens, and exposed to the freezing winter elements and scorching summer conditions. When it comes time to put one down it is done so in front of the other dogs by means of electrocution sometimes taking up to 20 agonizing minutes. Despite the beliefs of some, these dogs are no different from the ones we call pets back home. Some of them were even pets at one time and were stolen or found and sold into the dog meat trade. Luckily, this particular farm (thanks to the hard work of the Humane Society International and the cooperation of a farmer who's seen the error of his ways) is being permanently shut down and all 90 of the dogs here will be brought to the US and Canada where they'll find their fur-ever homes. I adopted the sweet baby in the first pic (we named her Beemo) and she'll be coming to the US to live with me as soon as she's through with her vaccinations in a short couple of weeks. I cannot wait to give her the best life possible! There are still millions of dogs here in need of help though (like the Great Pyrenees in the 2nd pic who was truly the sweetest dog ever). I'm hoping to use this visit as an opportunity to raise awareness to the inhumanity of the dog meat trade and the plight of dogs everywhere, including back home in the US where millions of dogs are in need of loving homes! Go to @hsiglobal's page to see how you can help. #dogsarefriendsnotfood #adoptdontshop ❤️?

While competing in the 2018 winter Olympics in PyeongChang, South Korea, Gus Kenworthy and boyfriend Matthew Wilkas visited a dog meat farm. There are 17,000 dog meat farms in South Korea, with some 2.5 million dogs being raised for food. (This may sound like a lot, but the practice of eating dog meat is pretty rare. Dog meat isn’t a regular feature of Korean cuisine. In addition, it’s estimated that as few as five percent of people in the country have even tried it.) Although, Kenworthy said, he didn’t want to judge another culture by his culture’s values, the inhumane conditions of the dog farms shocked him.

“I don’t think it’s fair to come and say, ‘The way that we do something is the right way,'” Kenworthy told USA Today. “But also, I don’t think that cruelty is culture.”

As a result, Kenworthy will be taking home a new friend, Beemo, pictured above. But that’s not all. Kenworthy convinced the owner of the dog farm to shut down his dog meat operations. Instead, the farmer said he will use the money to start a new farm, where he will raise mushrooms and plants. The Humane Society International will be relocating the remaining eighty nine dogs to the United States and Canada, where they will work to adopt them to loving homes.

You can watch Kenworthy and Wilkas tour the former dog meat farm in the video below.

Would you like to help dogs in need? Even if you don’t have the resources to perform heroic actions like these, you can still be a hero to dogs. Here’s how.

In the United States, Canada, and Europe, spay and neuter is synonymous with responsible pet ownership. But this isn’t the case in a lot of the world. The stray dog problem that led Russian authorities to poison the dogs of Sochi came about because of overpopulation. In addition, the dog meat farmer from whom Kenworthy adopted Beemo, said that he only started selling his dogs for meat because his pet dogs kept reproducing. In both cases, low cost spay and neuter services could have prevented enormous cruelty and death.

If you want to help animals, consider supporting spay and neuter organizations in your area, and around the world. Here are a few.

In addition, you can directly support the Humane Society International’s campaign to end the dog meat trade.

Gus Kenworthy has proven himself to be a hero on many levels — to dogs, as well as to people. While most of us won’t ever be sports heroes, being a hero to animals is within everyone’s reach.

Featured image is CC BY 2.0 by Eric Danley, via Flickr.