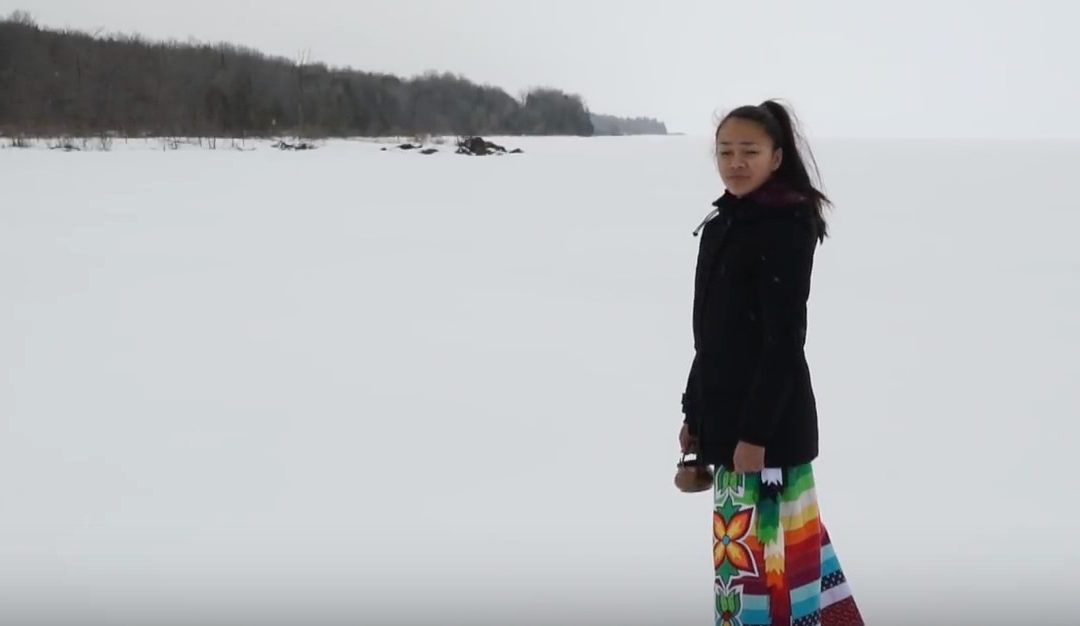 They say that children are the future. And, looking at Autumn Peltier, the future is in good hands. This thirteen-year-old First Nations girl has been nominated for the International Children’s Peace Prize, for her work toward water protection. And it’s not her first honor, either. 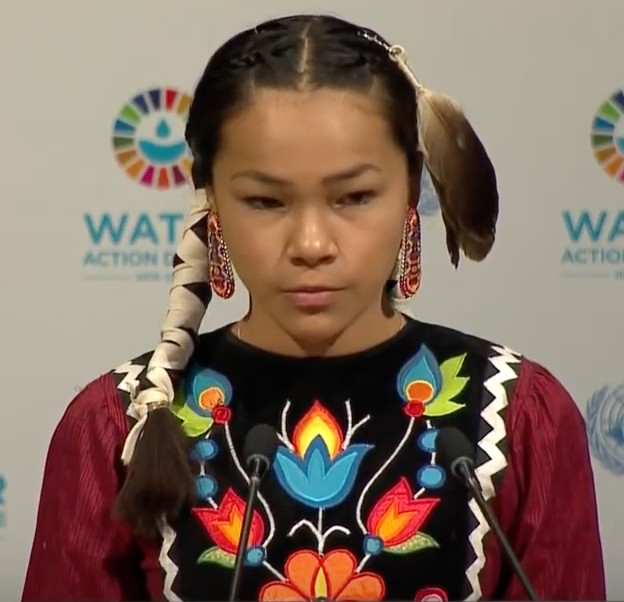 Ms. Peltier is an Anishinaabe teen from Wikwemikong First Nation in Ontario, Canada. She has been working to protect drinking water since she was eight years old, and has earned the title “Water Protector,” like her aunt, Josephine Mandamin. A Water Protector is an indigenous activist who fights to protect the water supply, particularly against the tar sands pipeline. In Aninshaabekwe culture, water protection is one of women’s responsibilities. It’s a duty that Ms. Peltier takes seriously.

In 2015, Ms. Peltier attended the Children’s Climate Conference in Sweden. At this conference, children from thirty-two different countries drafted their demands to the leaders of the world. The document was delivered to the 2015 United Nations Climate Change Conference in Paris.

In 2016, Ms. Peltier introduced Justin Trudeau to the Assembly of First Nations Annual General Assembly. In the moments before the introduction, she told him that she was unhappy with his decision to allow the pipelines to go through. She was nervous, but she spoke truth to power.

“I was upset with him because he broke promises with the First Nations people when he accepted the pipelines,” she told the Huffington Post.

Ms. Peltier is the only Canadian nominee for the Children’s International Peace Prize.

A History of Activism

This young water protector doesn’t just talk the talk. Last November, Ms. Peltier launched a national call to action, encouraging people to participate in shutting down highways across Canada for an hour on Dec. 5. She herself stood with her mother on a highway in Espanola, Ontario.

“We shouldn’t have to fight for our water,” she said. “We should just be able to have clean drinking water.”

In March of this year, Ms. Peltier addressed the United Nations, saying that, when it comes to water protection, it’s time to ‘warrior up.’

The UN had invited Ms. Peltier to speak as a representative of civil society. In this, she joined UN Secretary General Antonio Guterres and other international dignitaries for the launch the UN’s International Decade for Action on Water for Sustainable Development. You can listen to her speech in the video below.

It’s definitely uncommon for a thirteen-year-old to address the entire United Nations. In fact, Autumn Peltier’s mother thought the initial invitation, delivered by email, was a scam, and almost deleted it! The world should be glad she took a second look.

How to Help the Water Protectors

Water Protectors like Autumn Peltier and her aunt are working to protect water for everyone. Here’s how you can help, too.

Over 700 water protectors were arrested at Standing Rock. Help support the ones currently in prison or awaiting sentencing for protecting water at Standing Rock. You can contribute to their legal expenses, or write the prisoners letters of support here. 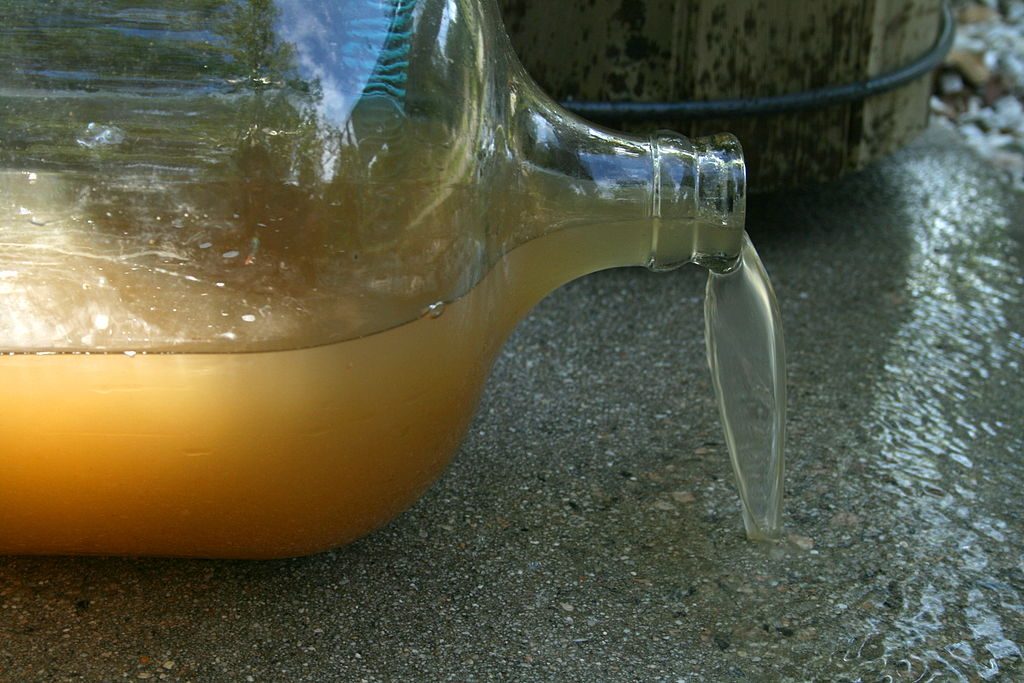 Image CC by SA 4.0, by Ildar Sagdejev, via Wikimedia Commons.

Clean water is an issue facing all of us. Flint, Michigan is one example.

In 2014, the City of Flint, MI, changed its water supply to water from Lake Huron to the Flint River. The problems that resulted still continue today.

The switch exposed Flint residents to contamination by lead, fecal coliform, chlorine, and E. Coli. People began to suffer from heightened cancer risk, rashes, and mysterious illnesses. There was also an outbreak of Legionnaire’s Disease. The fertility rate declined, and stillbirths increased. In 2015, Flint declared a state of emergency. People filed lawsuits, and there were arrests.

Flint has returned to Lake Huron water, but the damage remains.

One might think that clean water is something everyone can agree on. But time after time, politicians demonstrate that they’re willing to throw away clean water in the name of profit. And it’s happening again. Educate yourself about water and clean water issues in your area, and act. The future you save may be your own.