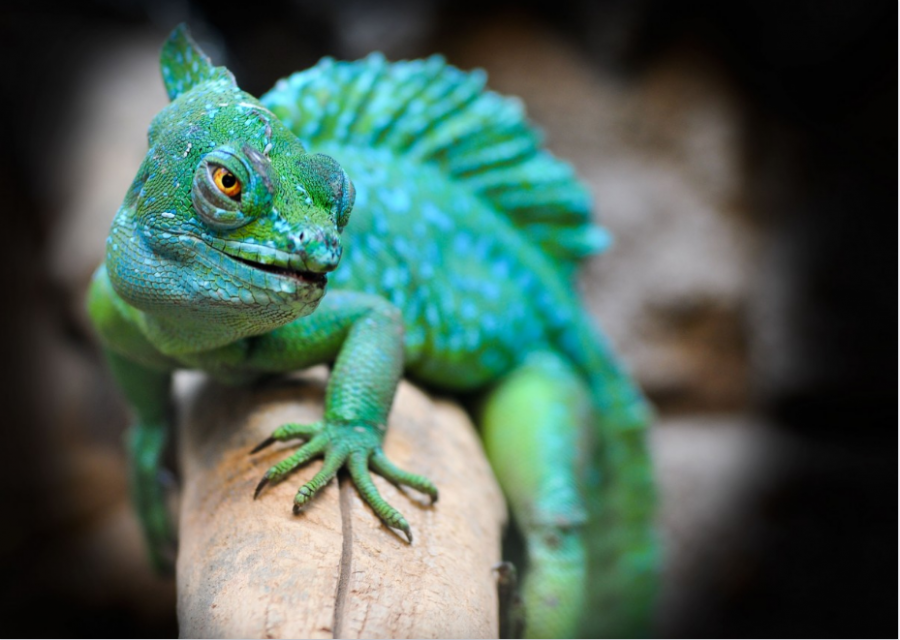 What’s the West’s latest big weapon? How about lizards? We’re not talking about the “Reptilians,” who supposedly live in tunnels under Los Angeles. Or the ones who some say rule the world in a quiet conspiracy of scaly aristocrats. No, Hassan Firuzabadi, a senior Iranian military advisor, recently claimed that the west is using garden-variety lizards to spy on Iran’s nuclear program.

Yahoo news reports Firuzabadi as saying, “Several years ago, some individuals came to Iran to collect aid for Palestine… We were suspicious of the route they chose…In their possessions were a variety of reptile desert species like lizards, chameleons… We found out that their skin attracts atomic waves and that they were nuclear spies who wanted to find out where inside the Islamic Republic of Iran we have uranium mines and where we are engaged in atomic activities.”

These comments come on the heels of recent arrests of Canadian and German environmentalists. Canadian-Iranian activist Kavous Seyed Emami recently died in prison following his arrest. Iran also arrested other environmental activists from Emami’s organization. In addition, Iran detained Kaveh Madani, the deputy head of the Environmental Protection Organisation, over the weekend.

Espionage is one of many crimes punishable by death in Iran. Environmentalism is not. Could Firuzabadi’s remarks have been an attempt to deflect attention from the death of a foreign prisoner in Iran’s care? Or could his claims of lizard spies have merit?

So how reasonable are Firuzabadi’s claims? As it turns out, they are quite reasonable on one level.

First, governments have a long history of using animals to spy on their enemies. Governments have used cats, dogs, birds, and sea animals, and others for intelligence purposes. In addition, the United States’s history of spy animals goes back for more than a century. During the Cold War, the CIA had a spying program that involved intelligent birds like ravens and pigeons, as well as cats.

Second, Iran has captured other spy animals. In 2008, Iran reported capturing spy pigeons, near its uranium enrichment facility in Natanz, and others near a different facility in Isfahan. They reported that the pigeons wore suspicious metal rings and invisible strings. In addition, in 2007, the Iranian News Agency IRNA reported the capture of fourteen spy squirrels. IRNA reported that the squirrels, too, were wearing “spy gear,” though the report did not reveal the nature of this gear.

But What About the Lizards?

First, one thing that all documented spy animals have in common is training. They need to be able to understand a request. Also, they must be able to do the task itself. Can you train lizards? If the dozens of videos on YouTube are anything to go by, the answer is yes. Although I doubt there are many spies hauling around large monitor lizards.

Firuzabadi said that the spy lizards were chameleons. And apparently, you can train chameleons to do various things, such as drinking out of a water glass.

But what about the idea that spy lizards can “pick up atomic waves” with their skin? Impossible, reports Live Science. First, there is no such thing as “atomic waves.” Second, even if there were, Eric Pianka — a zoology professor at the University of Texas at Austin — told Live Science, lizard skin is made of the same proteins as human skin. It has no special radiation detection properties.

Is it possible that the official meant to say that the lizards detected radioactivity in uranium mines and were drawn to it? Also no, says Barry Sinervo, an evolutionary biologist at the University of California, Santa Cruz. Speaking to Live Science, Sinervo said that lizards are cold-blooded animals that seek warmth. They have no reason to seek out chilly uranium mines. In addition, said Sinervo, the chameleons Iran claims the environmentalists were carrying are tree animals. They would have no desire to leave their twiggy homes to crawl around in mines.

So? Were there Spy Lizards or Not?

The jury is still out on that one because many countries have used trained spy animals. They have used cats, birds, dolphins, fish, and other species to gather intelligence in various ways. And because some lizards, including chameleons, are definitely trainable. It is absolutely possible and reasonable that any number of countries are using spy animals today.

But the idea of uranium detecting chameleons is pretty far fetched.

Featured Image CC0, in the Public Domain, via PxHere.