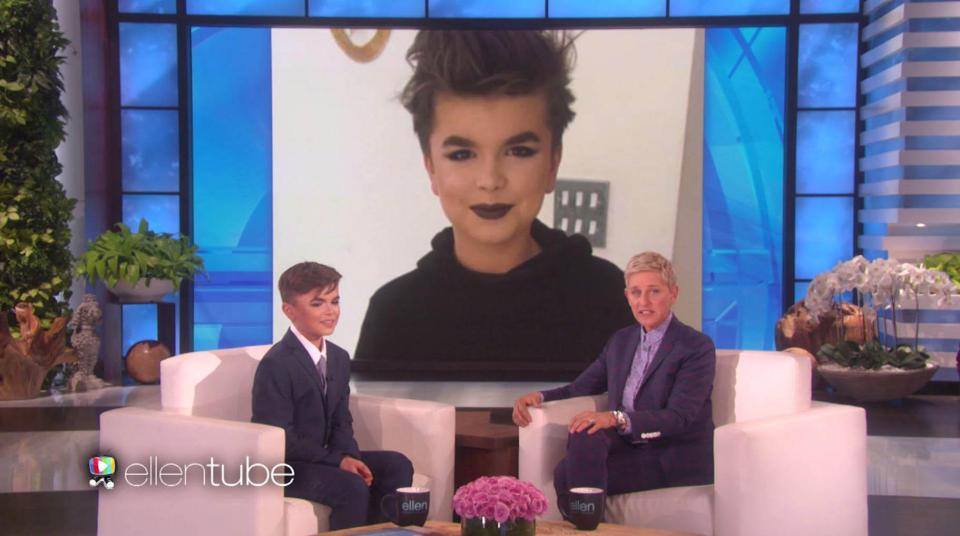 YouTube has tutorials of all kinds. Crochet, knitting, DIY, and makeup tutorials, just to name a few. Makeup artists of all ages and skill levels are making tutorials these days. One of the newest sensations is a 12-year-old boy named Reuben de Maid. Not only does he do makeup tutorials but he is also a very talented singer. He’s met his idol Kim Kardashian and is being compared to Adam Lambert for his flair for style and makeup as well as singing talent.

Who is Reuben de Maid?

This young man hales from Llandaff, Wales. Reuben is a quirky and sassy 12-year-old boy with his own YouTube channel all about makeup tutorials. This past year he appeared on the Ellen DeGeneres show, as well as starring on her show “Little Big Shots.” He’s grown up with two brothers and sister, Coco – who also has her own channel. Reuben and his sister are absolutely adorable together, as he does her makeup in one video.

Bullied for Being Different 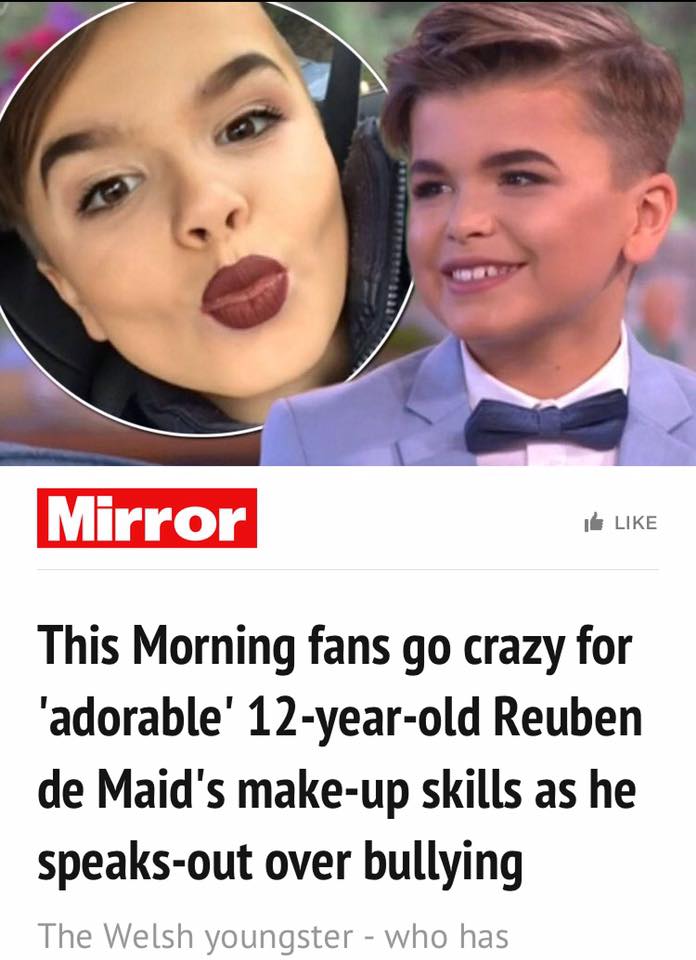 With his love for makeup, he was bullied in his drama school. Yet Reuben stands above his bullies. During an interview on This Morning, he said that he “smiled in the face of his bullies who hit and kicked him in school.” Since his rise to fame, he has had several vile trollers who find his uniqueness unnerving. One person went so far as to create an Instagram page slamming the young man. Yet Reuben doesn’t care!

Reuben said that he has loved makeup from a young age – and he’s only twelve! He admitted to spending hours on his phone studying other makeup tutorials. His sassy style and accent make his viewers smile and gush over his adorable face. With eyebrows on point and glowy cheeks, he makes adults who’ve done makeup longer jealous with his skills.

Makeup tutorials have gained over 700 million hits a month since 2014. It comes as no surprise that new makeup gurus have popped up each month. When you wanted to learn how to do your makeup, you’d go to your mother and learn from her, or maybe an aunt. Now, everyone goes to the makeup tutorials on YouTube. Reuben ranks in with Tanya Burr, Michelle Phan, and Lily Pebbles, just to name a few. His first tutorial, featured on the Ellen DeGeneres’s channel, shows him doing a natural look with a smokey eye, winged eyeliner, and a nude lip. You can definitely tell he has done his homework on how to apply makeup. It makes those who have had years experience of applying makeup jealous. 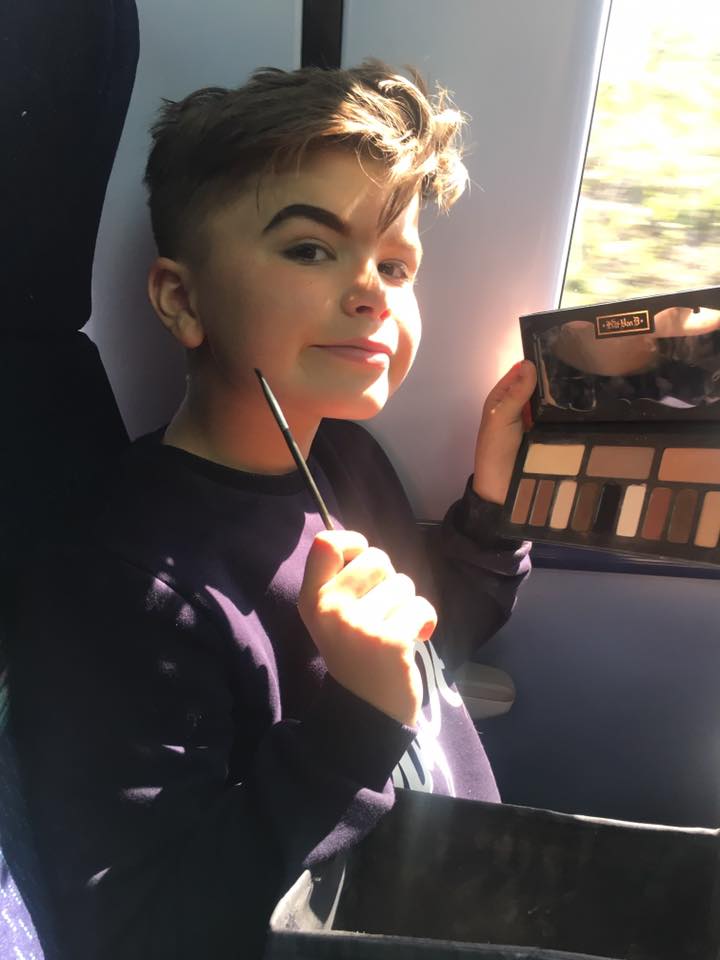 Reuben de Maid is going places, and he is going to be a great makeup artist as he continues to practice. It comes as no surprise that he one day wants his own makeup-brand. He continues to amaze everyone with his makeup tutorials, standing up to the bullies who send him mean messages, and being true to himself. He rocks his look and we love him even more for it!

Here is Rueben’s appearance on Ellen: