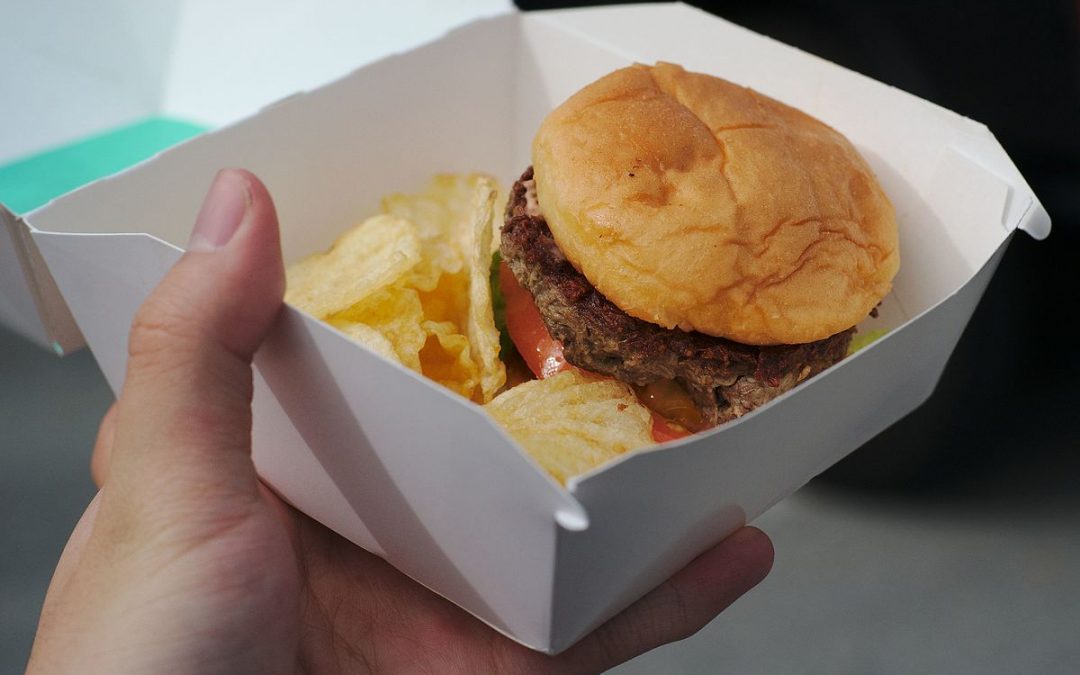 Did you know, you can get kicked out of McDonald’s for feeding a homeless person?  It happened to this man. Yossi Gallo probably thought he was doing something good, when he invited James Davis, a homeless man, to share a meal. It must have been a surprise, then, when a police officer showed up to escort them both out of the restaurant.

As Gallo explained to ABC11, “I waved him down and said, ‘Hey, are you hungry?’ And he said, ‘Yes.’ So, I went in there with him and as soon as we went inside, the lady at the register says ‘You’re not getting food.”

Gallo purchased the meal anyway, and the men sat down to eat. And that’s when the restaurant management called the police.

The Restaurant’s Take on It 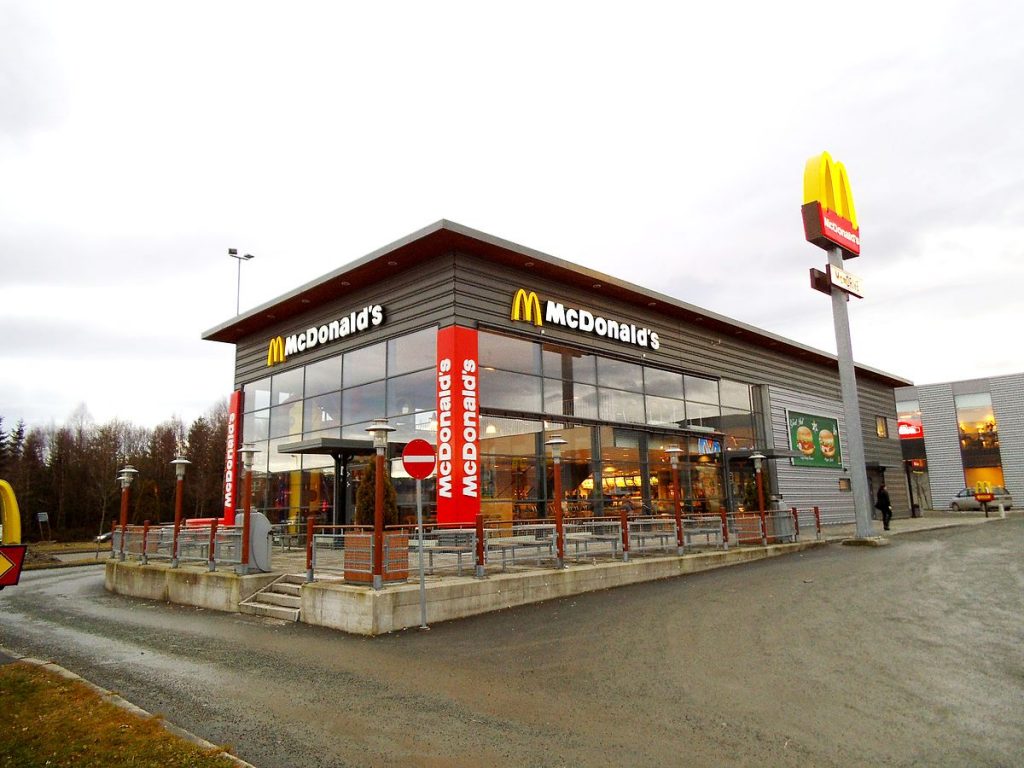 Image CC BY-SA 3.0, by Tiller i Trondheim, via Wikimedia Commons.

“At my restaurant, the goal is to provide our customers with a positive and welcoming experience each time they visit. Unfortunately, the individual in this video has a history of disruptive behavior and has been asked to leave by management and police on several occasions.”

What the Police Had to Say

“Officers were dispatched to the location after receiving a call from an employee of the business, that a male was in the parking lot asking people for money. Upon arriving at the restaurant, an employee approached the officer and indicated the male was inside the establishment. The employee requested the officer issue a trespassing warning and asked that the person leave the premises. The officer advised the male of the request made by the business and issued the warning.”

As in many situations, there’s no clear answer.
A person should have a right to enjoy a meal in a restaurant if someone has paid for that meal. At the same time, a business has the right to refuse service to disruptive customers. Or to customers who are causing a nuisance. And the police have a duty to escort trespassers off of private property if the property owner requests it.
But what was the case with James Davis? Had he, as the restaurant manager maintained, previously acted disruptively at that restaurant? Was he annoying customers, or otherwise causing a nuisance? Or was he, as Gallo said, merely trying to enjoy his meal?
Myrtle Beach Mayor Brenda Bethune believes that the police officer was acting appropriately. It was Gallo, on the other hand, who was becoming disruptive, she said.

“When things got out of hand was when the person shooting the video became irate with her and it’s her job to get stern when someone is threatening her and speaking to her in that tone of voice. But as far as the way she handled the gentleman who was in the McDonald’s, I think that she handled him very kindly,” Bethune said.

Is it Illegal to Feed the Homeless? 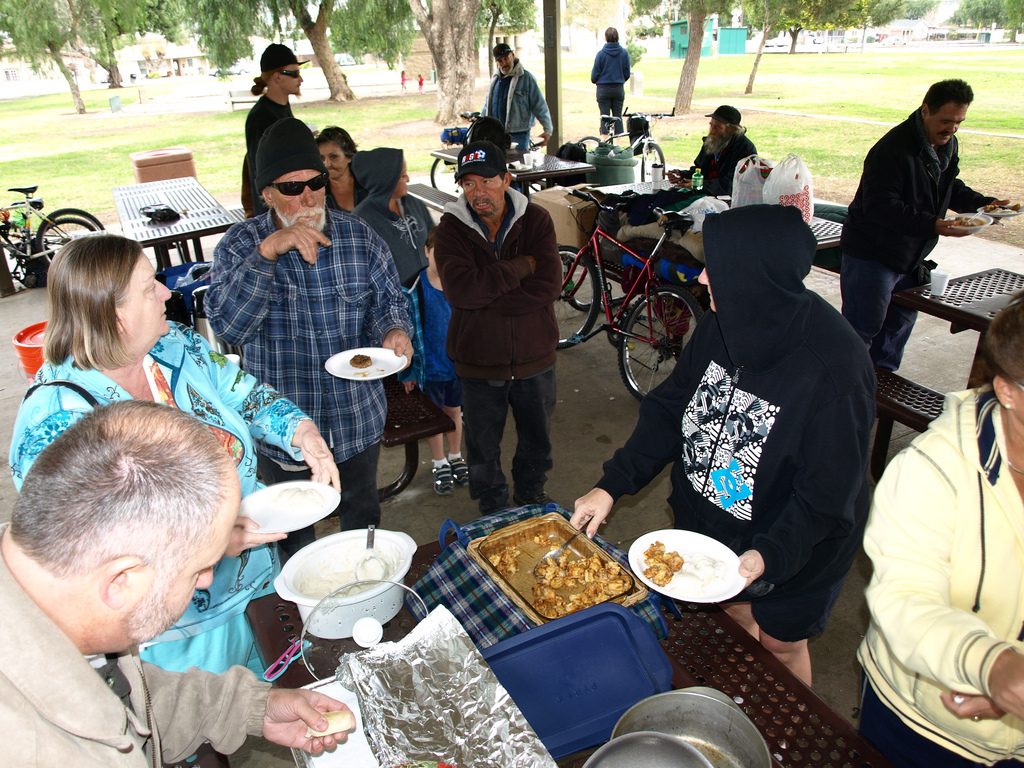 Surprisingly, in many parts of the United States, it is.

Many cities across the country have laws against food sharing in public. This is especially true in  California and Florida, where the mild weather attracts large homeless populations. Newsweek reports that the laws aim to prevent the spread of Hepatitis A and other infectious diseases. Indeed, recent outbreaks in California and Utah have roots with homeless populations. Cities also say that they are trying to make sure that food conforms to standards of preparation and hygiene.

Megan Hustings, Interim Director for the National Coalition for the Homeless, isn’t buying it, though. She told Newsweek, “There is no documented case of food poisoning coming from food that is shared with hungry people in public places.”

Instead, many people believe that cities’ real concern is protecting their tourism industry. Or shielding housed people from the sight of homelessness. Either way, NPR reports that there has been a 47 percent increase in these types of laws since 2010.

According to a 2017 report from NLCHP called “Housing Not Handcuffs,” nearly half of the 186 cities in the study also had laws against sleeping — or even sitting — in public. And public camping is also illegal in many of them. Other laws aimed at curbing homelessness include bans on loitering and on sitting on the sidewalk. There are also laws against living or sleeping in vehicles.

Also, many cities and private property owners are taking physical measures to make life harder for homeless people. One such measure,  installing dividers on public benches. Another, so-called “homeless spikes” that make it impossible to lie down in certain areas. 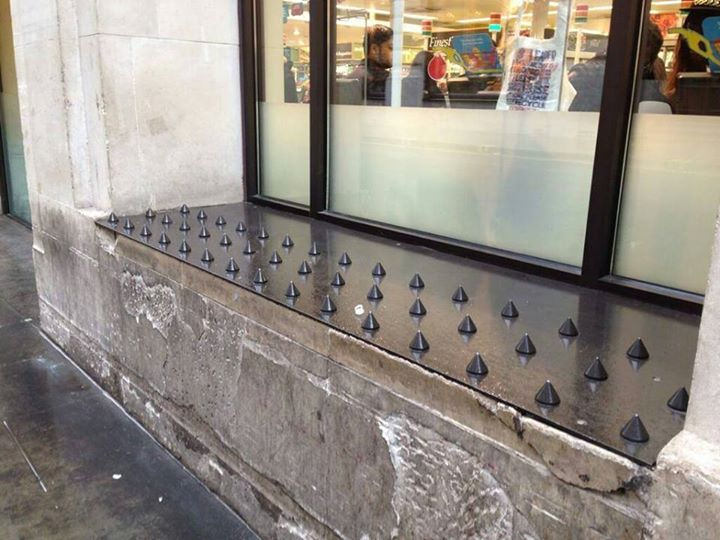 But, as the economy is falling, homelessness is rising. And making it illegal isn’t going to change that. Our focus should be on helping people in need, rather than shielding the privileged from viewing it.

What Can You Do to Help the Homeless?

So, what can you do to help the homeless?

The Bowery Mission of New York suggests acknowledging and engaging with homeless people as individuals. The feelings of invisibility and loneliness can be crushing. A smile, a kind word, a simple conversation can make someone’s day in a life filled with hardship.

If you want to provide material assistance, gift cards for food, groceries, and gas can be very helpful. But always ask, first, if someone wants assistance. People in need are individuals, and each has their own story. Some may want your assistance, while others may see it as an unwanted intrusion.

Finally, try to help all year round, not just during the holiday season.

How The Story Ended

In the end, Gallo and Davis left together, with Gallo promising to buy Davis another meal somewhere else.

The police officer in the video remains on duty. Her actions are under investigation, though the department has no timetable for a decision about her employment.

Do you think the restaurant staff, or the officer overreacted? You can watch Gallo’s own video and decide for yourself.

Sometimes I hate the world…. ☹️