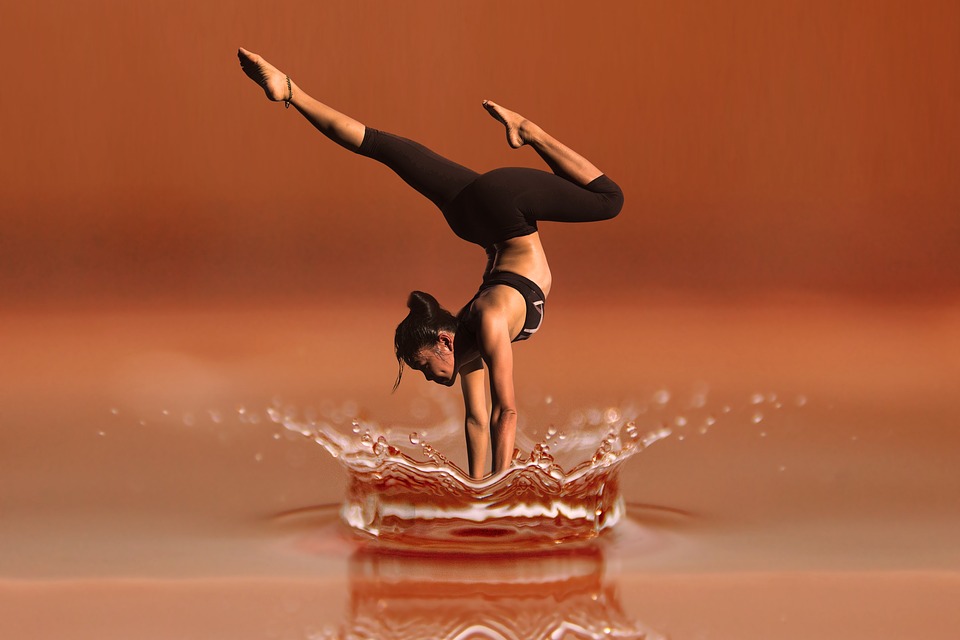 Beer yoga, two words you may not have expected to hear together. Weird trends seem to define the modern world: we’ve seen everything from rainbow bagels to the ill-advised Tide Pod challenge. However, one new trend strikes an interesting balance between health and vices.

Beer yoga. Yes, you read that right, and it’s exactly what it sounds like. Beer yoga made the news for arriving in London recently, but it’s been around for a while and is only growing in popularity.

In fact, beer yoga might not even be the strangest yoga trend out there. Other twists on conventional yoga class are changing the way people find inner peace, too.

Beer yoga got its official start in Berlin, and it’s already made its way around a lot of the globe, from Australia to the UK. However, it probably won’t surprise you that a founder of the practice, Jhula, said they first saw beer yoga at one of the world’s most extra events, Burning Man.

It may sound like a joke, but proponents of this practice claim that it’s actually good for you. Plus, beer yoga is a great way to get beginners through the door of a yoga studio for the first time. Sometimes a bit of liquid courage is all you need.

During a beer yoga class, traditional yoga poses accompany coordinated sips of beer. You might sip a beer while switching between poses, or even balance your bottle on your head. Although beer isn’t known as the healthiest beverage out there, it has been found to have a few health benefits in moderation, and some marathon runners even use beer to recover after an intense run.

Whether it’s truly healthy or just quirky, beer yoga is gradually making its way around the world – where plenty of other odd yoga practices can already be found.

A Brief History of Yoga Trends

Beer yoga is one of the more shocking yoga trends, but it’s certainly not the first time Westerners have decided to take yoga in a different direction.

Yoga has been a practice for thousands of years, but news of it didn’t reach the Western world until the 1800s. By the 1960s, yoga was a booming practice in the U.S., and since then, it has enjoyed many waves of popularity. The latest yoga trend involves putting all kind of weird spins on this ancient practice.

Some people claim it’s cultural appropriation, while others believe these workouts are all harmless fun. No matter what you think, some of these yoga trends are sure to surprise you.

This is one of the most popular modern yoga trends. Hot yoga, sometimes also known as Bikram yoga, got its start in the late 1960s. Founder Bikram Choudhury came up with a series of 26 hatha yoga poses to do in a hot, humid room. Today, Bikram yoga and other styles of yoga can both be practiced as hot yoga.

This sweaty experience might sound miserable to a lot of people, but the continued popularity of hot yoga shows that it’s not all bad.

Acro yoga combines yoga with acrobatics. To do this kind of yoga, you need two people. One is the “base,” and the other is the “flyer.”

The base lies on the floor, while the flyer balances on the base’s hands and feet, and works through a variety of positions and tricks. A spotter recommended in case of falls, for obvious reasons.

If it sounds like this would lead to a lot of injuries, you’re not wrong. However, some types of low-impact acro yoga focus more on partner massage and slow, soothing positions, making the practice more accessible.

If you thought farm animals and yoga don’t mix, think again. Goat yoga is another one of the stranger yoga trends.

Goat yoga got started in the arguable hippie capital of the world, Oregon. During goat yoga, participants visit a farm and share their workout space with goats, who might cuddle up or even climb on them while they work through yoga poses.

Goats aren’t the only animals that have been brought to yoga classes, either. Some studios offer bunny yoga, or even dog yoga classes that you can bring your furry friend to.

In this yoga style, participants go through a number of stretches in a fabric hammock suspended from the ceiling. It’s said to be good for strengthening the core and lengthening the spine.

If traditional yoga’s just a little too chill for you, boxing yoga will let you rev up your energy instead.

This is a yoga practice designed for boxers, but it’s becoming popular with the public, too. Yoga doubters might like the founders’ perspective, which focuses on physical strength, without any of that spiritual stuff.

Will You Try Beer Yoga?

Some people can’t wait to try the latest yoga trends, while others claim that things like beer yoga and boxing yoga have gone too far. These practices may not be preserving the original spirit of yoga, but they at least offer a way to get in shape on your own terms.

What do you think – would you try beer yoga?