Get in on the Latest Secret Trend: How to Make Slime (and Sell It!) 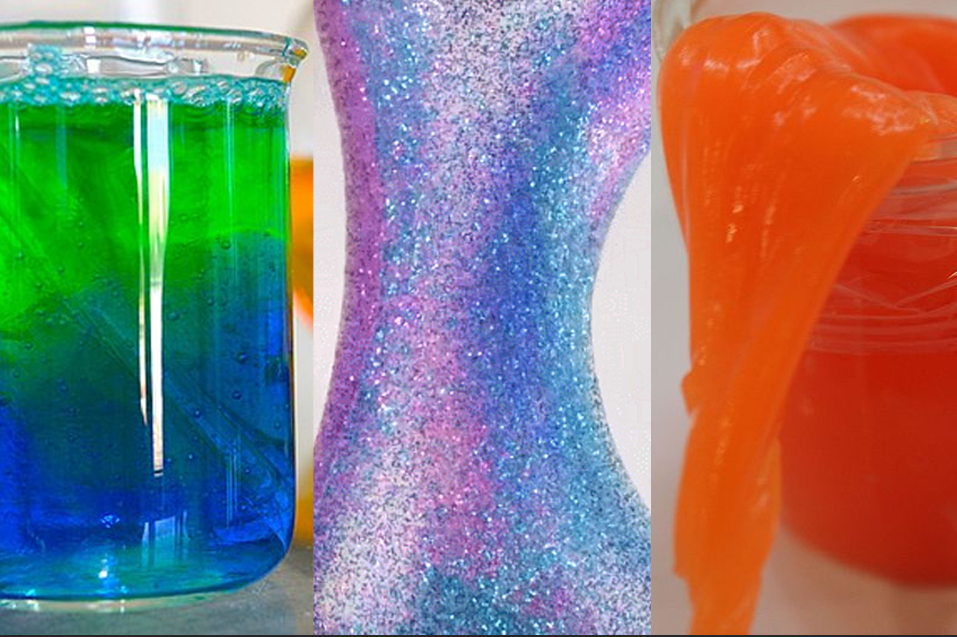 Have you ever wondered how to make slime? Slime is fun to play with. It’s also fun to learn how to make slime. What’s more, slime, pictures of slime, and slime tutorials are huge business.  It’s also an awesome teaching tool. The best part is, it’s easy and we’ll teach you what you need to know.

And whether you want to jump into the business with your own ideas, whip up a school project, or just have some good, clean, fun, we’ve got you covered. And, speaking of clean, we have the information you need to clean up after the slime if needed. Slime on your walls or floors is no problem with our cleaning guide for slime and home-made “goo gone.”

Read on to find the what and how of DIY slime. We’ll leave the ‘”why” to you.

A Brief History of Slime 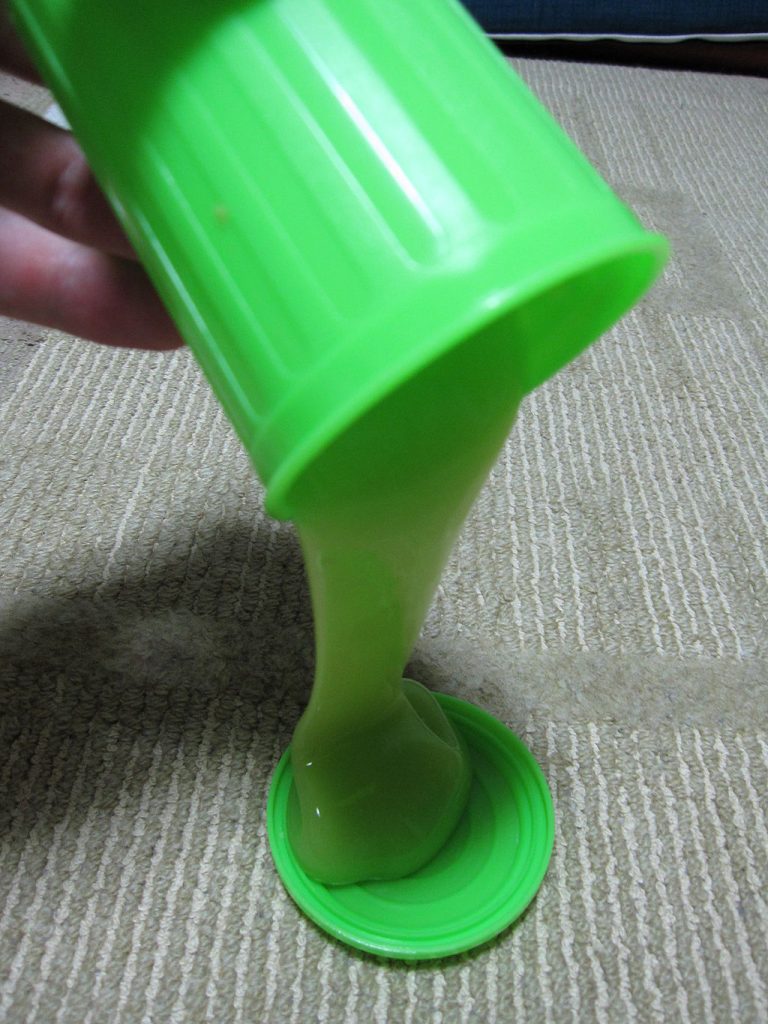 Image CC by SA 3.0, by Ciphers, via Wikimedia Commons

Some of us may remember the first slime that came on the market. This was a gelatinous, lime green goop that came in a little plastic garbage can. Kids loved it. Parents hated cleaning it out of the carpet.

Nickelodeon’s version was the same color, but more pourable. Today’s slime has come a long way from that primordial ooze. Modern slime comes in a rainbow of colors, and a smorgasbord of textures. You can find glow in the dark slime, stretchy slime, glitter slime, multicolored slime, non-slimy slime, and more. If you can imagine it, it’s out there. And if it’s not out there, you can create it yourself, pretty easily.

Is slime educational? You really couldn’t ask for a better tool for getting kids interested in chemistry. They like the goop factor. And, admit it. No one can resist playing with it, once they hold it in their hand. Best of all, you can use that ooze to slide in a lesson or two. This fact sheet from the American Chemical Society has a friendly introduction to how slime works, that can help you teach your kids about the following:

Here’s a video explaining how it all works.

Slime is big business, but it’s also a terrific way to start your own small business. That’s because it doesn’t require a lot of special equipment or expensive ingredients. In fact, you may have the ingredients sitting around your house right now. And it’s so simple to make, that even kids are getting on the act, making slime at home and selling it to their friends at school. In fact, if you practice enough, you can make slime in five minutes and blindfolded like these two.

Speaking of videos, there are huge numbers of videos on YouTube, where creators share amazing slime recipes and how-tos. And these videos are big business as well. There are thousands of slime instructional videos, ASMR videos featuring slime, and videos of people playing with slime. It’s a slimepocalypse!

There are so many recipes for DIY slime. The only way to find the best one is to experiment, a lot, and pick your favorite. However, all recipes come down to two basic ingredients. The first ingredient must contain polymers. Polymers are the long, slippy molecules that make slime, well, slimy. The second ingredient must combine with the polymers to form the right kind of ions — ions that will hold it all together.

Most recipes use glue for the polymers, and borax for the ionization process. But there are plenty of recipes that use other combinations, like shampoo and salt, glue and cornstarch, or even Nutella and marshmallows. Some recipes are based on butter. Others are water-based. Still, others use toothpaste. Different ingredients will create different consistencies and textures, though, so experiment to find which you like the best.

Here is a recipe endorsed by a kindergarten teacher, that’s pretty high marks for slime!

Yield: enough slime for 2-3 kids at a time

Large, Wide Bowl: Mix 1/2 tsp borax and one cup water in one bowl until it is dissolved. Allow cooling while using your pouring bowl for whisking 1 container Elmer’s glue and 1/2 cup water together thoroughly to prevent slime fail. Add food coloring and (or) glitter at this time to the glue mixture.

Pour your glue mixture into your large, wide bowl with the Borax and watch the magic begin. After your slime begins to form, squish it. Keep squishing and mixing until fully incorporated and fun to play with! You may wear gloves or use a spoon to mix, but it is probably best if an adult does this part.

What is borax? Is it safe?

Borax is a common ingredient in laundry soap and other household products. It is generally safe, but can cause irritation to the eyes or lungs. It can also burn the skin. For this reason, some people prefer to substitute other, non-toxic ingredients for borax. Some borax free slime recipes use baking soda instead of borax. Others use liquid starch. You can also use cornstarch and other ingredients.

And if you want to go one further than non-toxic, there is even edible slime! Here’s a recipe for making slime out of Nutella and marshmallows. It is basically one gigantic Tootsie Roll.

You can also make slime out of corn syrup and icing sugar.

Some Popular Types of Slime

Once you have the basic recipe down, you can start to experiment. You can change the look of your slime by adding coloring agents, glitter, and other things. You can add beads or toys to change the texture. Take a look at some of these popular slime products, and see what kinds of ideas you can come up with.

How to Make Fluffy Slime

Fluffy slime has an airy, puffy consistency that comes from one magic ingredient: shaving cream. The more shaving cream you add to your basic slime recipe, the lighter and fluffier it will be. You can add numerous colors to it to make unicorn slime, or just stick with one color. Fluffy slime is a natural for starting your slime business. Not only is it lighter, and therefore cheaper to ship, but the shaving cream will let you stretch out your slime recipe — no pun intended — to more batches.

Have a look at this easy tutorial, or watch the video below.

How to Make Glitter Slime

Every parent knows the golden rule: NO GLITTER INSIDE THE HOUSE. EVER. But you can make an exception for glitter slime. The slime will suck up every last one of those annoying tiny metal bits. And once the slime is finished, it will trap the glitter and hold it forever. All the same, you might want to do the actual making outside, or in some area where the glitter can be contained.

How to Make Clear Slime

Clear slime is cool. Why? Well, if you want to add beads or other things for visual interest, clear slime will really make them stand out. And if you’re looking for the gross out factor, clear slime looks a lot like…snot.

Here’s a video that will show you how to make clear slime, using only two ingredients: shampoo and table salt. You may have to guess at the proportions, but at least the ingredients aren’t expensive or difficult to find.

How to Make Crunchy Slime

Different kinds of crunchy slime use different additions to create a variety of textures. You can add fish bowl gravel for a really crunchy texture. Some call this “slushee slime.” Beads or pebbles will make your slime smoothly bumpy. Beads will give color and texture. Sequins add pizazz. You can also add little toys like dinosaurs or fish, for a whimsical touch. You can even make your own floam by adding styrofoam beads — those things inside of bean bags. Just don’t spill those. They’re worse than glitter.

How to Make Galaxy Slime

Galaxy slime is what you get when you carefully mix different colors of glitter slime. It’s beautiful, it’s easy, and it is so much fun to play with. Here is a recipe for gorgeous galaxy slime that uses only three inexpensive, easy to find ingredients. Or, you can watch the video below.

How to Make Magnetic Slime

If all this isn’t enough, you can make your slime magnetic! The recipe in this video uses glue for the polymers, liquid laundry soap for the ionic activation, and shaving cream to make it fluffy. In addition, iron oxide powder gives the slime its magnetic properties. And of course, there is glitter. Just because.

How to Make Slime More Parent-Friendly

It’s fun to make slime. It’s fun to play with slime. But sometimes slime will go where you don’t want it to. And of course, it will sometimes stay there. Here are some tips for dealing with these sticky situations.

How to Get Slime Out of Clothing

Toy company Wild! Science recommends the following. First, scrape off what you can, using a spoon or a butter knife. Next, soak the item in hot water for a minute (or longer, if the slime is dried on). Then scrub with soap and water, while scraping gently with the butter knife or spoon.

How to Get Dried Slime Off of Walls

According to HowToCleanStuff.net, you first make a thick paste out of water plus either cornstarch or baking soda. Next, apply the paste directly to the stain. Wait two hours, then brush off the paste.

How to Remove Slime Stains from Floors and Flat Surfaces

The process is similar to the above method. However, instead of making a paste, simply pour the cornstarch or baking soda onto the stain, to a thickness of half an inch. Wait a few hours, then sweep or vacuum up. Repeat if necessary.

Goo Gone is a commercial preparation for removing crayon, gum, glue, stickers, and other nasty messes. You can make your own non-toxic version cheaply and easily. It only takes two ingredients, and they’re probably already in your kitchen. Simply mix two tablespoons of vegetable oil with three tablespoons of baking soda. And for a bonus, it keeps for a very long time, when stored properly.

How to Make Slime Your Business 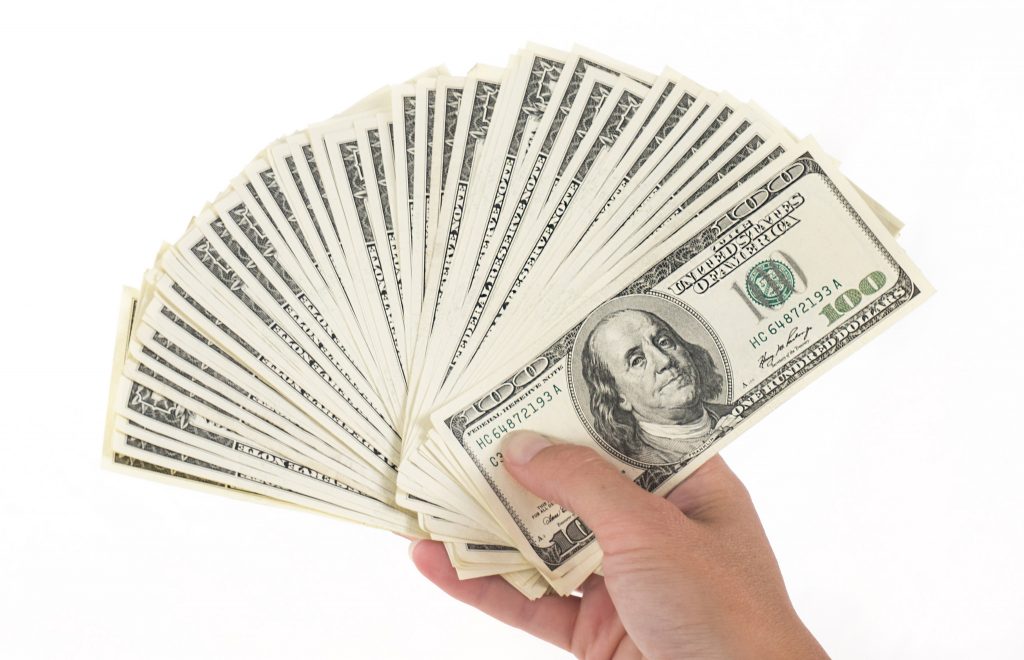 Image CC BY 2.0 by Pictures of Money, via Flickr.

You can start your own slime business easily and cheaply. But you have to follow a few rules.

If you like making slime, and enjoy being in the limelight, you might have a future in social media. Videos that teach people how to make slime — or even how to enjoy it — are trending on YouTube right now. NPR reports that one YouTuber, “Slime Queen” Karina Garcia, makes up to $200,000 per month from sponsorship of her videos. Other people have shot slime science experiments to try at home — or not! On Instagram, there are over five million posts tagged with #slime, according to NPR. So whether you like to create, teach, hack, or share pretty pictures, if you do it right, slime could make you a social media star.

If you know how to make slime, you can have a lot of fun. If you like it enough, you can even start your own business. And the best part is, it’s not expensive or difficult to get started. So, what are you waiting for? Pick a recipe, and start whipping up your own batch of fun!