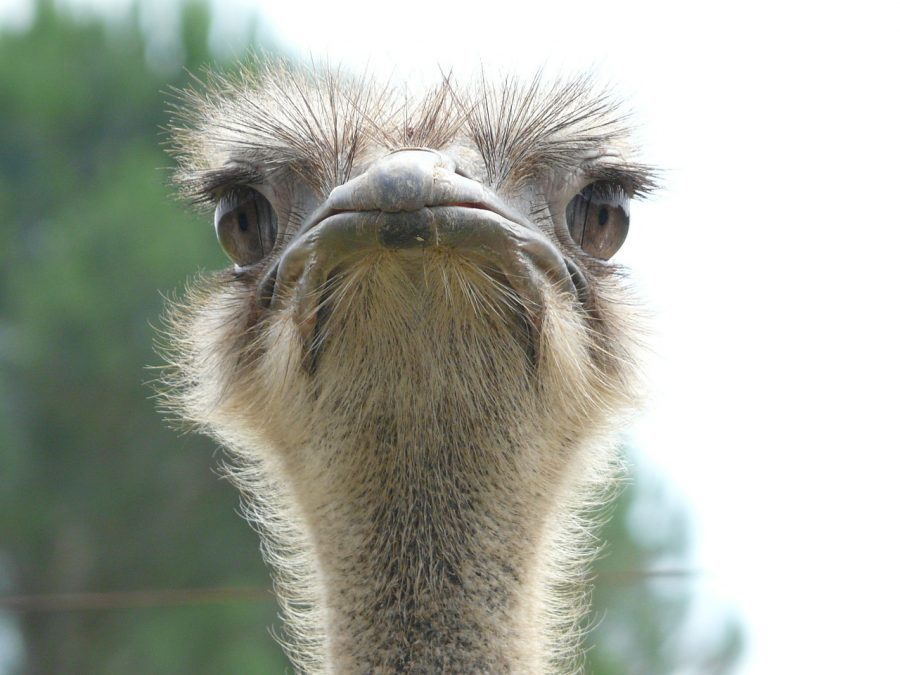 Zookeepers, conservationists, and animal lovers have been tweeting consumer review style reviews of animals in their care, and the results are hilarious. The hashtag #rateaspecies has been taking Twitter by storm.

This is fantastic, Mr. Fox! Who can resist a fuzzy fellow doing a face plant in the snow? But it’s not a mistake. This guy has spotted prey beneath the snow, and this is how he’s going to get it.

Foxes are amazing as far as animals go. They have dog-like hearing and smell, and catlike reflexes. Here’s a video of another fox catching field mice in the dead of winter. And he’s doing a pretty good job of it!

And cute doesn’t only come in mammal packaging. Get a load of this adorable little critter. Not just adorable, though. It also eats cockroaches and comes with a self-healing tail. Looks like a win-win.

⭐⭐⭐⭐⭐
Exceedingly pleased with this product. Consumes a lot of cockroaches, to which I award zero stars. The self-healing feature in the event that the tail breaks off is fantastic. Very cute feets. #rateaspecies pic.twitter.com/gF0wWBVYHw

And what list of cute animals (and fowl) would be complete without a penguin? This dapper chappie can sing, dance, and wear his wing tag like million dollar bling.

Boopable snout and seafood catching expertise for the win!

⭐️⭐️⭐️⭐️
If you can overlook the inherent "squeaky toy" sounds and slight musk, you'll love their "boopable" snoot, playful demeanor, and their ability to find the best table at the all you can catch sushi buffet#rateaspecies pic.twitter.com/fU4jxlfaV0

Rating Animals: Product Not as Expected

⭐️⭐️ 2/5 stars only. The description stated it was a mammal. Upon arrival this echidna laid an egg. A baby hatched out, that I later found out is called a puggle. I swear if I wanted more Harry Potter Fantastic Beasts I would by another book!#rateaspecies pic.twitter.com/DHrU3gZvzx

The echidna, like the platypus, is a monotreme — that is, an egg-laying mammal. But if you were expecting something else in your Amazon package, this spiny specimen might be quite a surprise!

And speaking of surprises….

⭐️
Ordered a female and it came with a penis. Called customer service and was told, "it's a feature, not a bug".
#rateaspecies pic.twitter.com/i07WZYiBwN

The spotted hyena is one of a number of species of animals where the females have a pseudo-penis. That is, lady parts that look like man parts. And, just in case you thought the weirdness had ended, here comes another monotreme.

⭐️NOT WHAT I ORDERED
I ordered a duck, otter, and beaver bundle apparently there was some kind of freak accident in shipping or something. Contacted shipper, they claim no error. Bad seller. NEVER BUYING AGAIN!#rateaspecies pic.twitter.com/e13u4K657F

Best to stick with the original version of badger, it appears. The honey badger update doesn’t seem to work well with any other unit. In addition, it has bugs.

⭐️⭐️⭐️ 3/5 HoneyBadger
Not at ordered. Thought it was a sweeter version of base model.
Clearly defective, and highly aggressive. New update clearly incomparable with anything else.

Loses 2 stars as it ate through the wall, the neighbours dog, and 2 cars.#rateaspecies pic.twitter.com/BbaVvAvI0G

We would disagree with this reviewer. These fossilized diatoms may no longer be able to photosynthesize, but they have literally thousands of other uses. First, if you grind them up, you can make toothpaste or metal polish. Second, they make a terrific insecticide.  In addition, they can help with filtration. They can also help blood to clot. The buyer needs to read the directions!

⭐️⭐️ OUTDATED. The model is at least 10 000 years old and the product is empty inside. No functionality, cannot photosynthesize anymore. Refund not possible. If you have many of them, you can make toothpaste however. #RateASpecies #Diatoms pic.twitter.com/pNOWyBYTCf

Here’s someone who knows how to find the bright side of an unexpected delivery. Ordered a Roomba. Received a vulture. Would buy again anyway.

⭐⭐⭐⭐⭐Pleasantly surprised. Thought I had ordered a Roomba, but this did an excellent job of cleaning up my ecosystem. Only downside is the projectile vomiting. Overall 5 stars, would drunkenly purchase again. #rateaspecies pic.twitter.com/5fDfHiaWNq

Here’s someone who actually read the product description before firing off an angry review. These fish are just here to look pretty — not to win some kind of swimming competition. Geez!

⭐⭐⭐⭐⭐ THESE FISH ARE NOT BROKEN
Anyone who says otherwise didn't read the instructions. A+ globiform, not supposed to swim well just look cute, does as promised. #rateaspecies pic.twitter.com/86q4PFhM83

A word of caution: this is a high-quality sloth bear, but it’s still a bear. If it says ‘bear’ on the box, be aware. You’re getting a bear. Be prepared.

⭐️⭐️⭐️⭐️ MISLABELED
Warning. Not as labeled. This is a straight up bear. Not a sloth. Not a sloth/bear hybrid. Very good quality bear, as long as you know what you're getting into. #rateaspecies pic.twitter.com/87xoTTz9pU

These deals on animals are smokin’. Get ’em while they’re hot!

Unadvertised special! Look at these cute little guys with the big, huge eyes. They’re two for one!

⭐⭐⭐⭐⭐
Cuter than advertised, purrs perfectly, sticks to any surface, and came with a spare. #rateaspecies pic.twitter.com/uw4icqlkTj

Hardy, fast, and fuel efficient. Lots of bang for your big cat buck.

⭐️⭐️⭐️⭐️⭐️ POUNCE ON THIS ONE
Started out small but got stretched out over time. Still, even after heavy use in all weather, very tough, very hardy. #rateaspecies pic.twitter.com/lPCLxIfCYi

Everyone Seems to Agree on This One

First, they destroy the furniture. Then they make a huge mess. As a result…look at this place!

The Most Dangerous Game. The most rapacious predator. The most destructive invasive species on record. Guess who?

⭐️ WOULD NOT RECOMMEND
Does not play well with others and destroyed all my furniture.
Sincerely, Planet Earth.#rateaspecies pic.twitter.com/ifMtBR81Jj

Featured Image is CC0 by ABA63, via Pixabay.