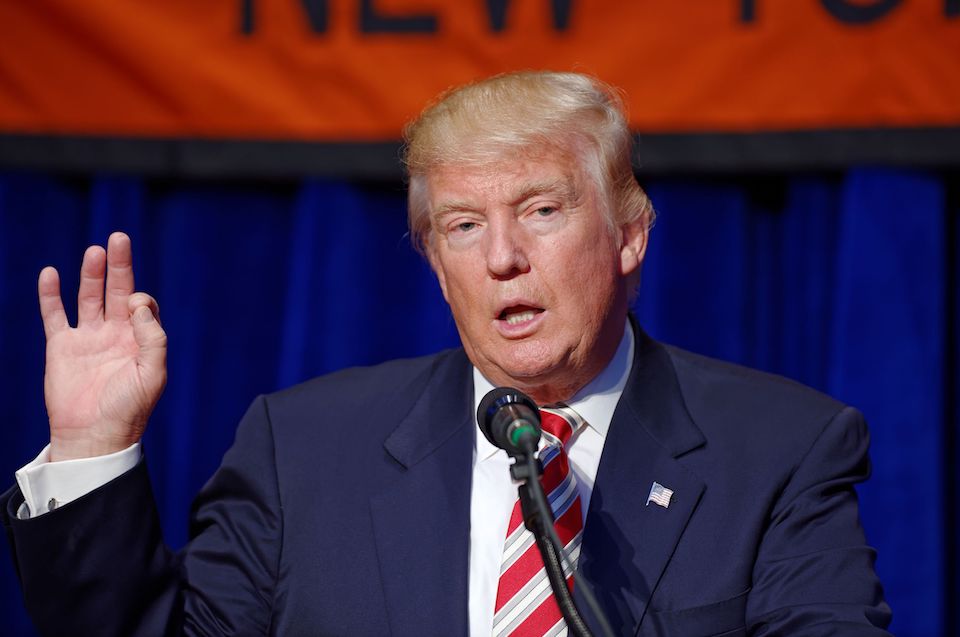 Almost a year and a half after the election, experts are still scratching their heads. The results stunned the nation by propelling a political novice and former reality show host into the presidency. During that time, we’ve had extensive studies of those who many refer to as “Trump voters” or “Trump supporters.”

If you’ve followed any of those studies, you already know that President Trump’s supporters tended to be older. They are less racially diverse, more rural, more religious, less educated but made more money than former Secretary of State Hillary Clinton’s supporters.

Hang on to that last bit for just a moment because as the latest study shows, the fact that President Trump’s voters were a bit more wealthy than Clinton voters might be the most important statistic of all.

The study was titled, Personal values and support for Donald Trump during the 2016 US presidential primary; and published in Science Direct. It showed that people didn’t really vote for President Trump because of his promises, or because of economic anxiety, or his nationalist agenda. Not even because they wanted to be like him. They voted for him because they already saw themselves in him. They see themselves as more successful than the average American, and they have little sympathy for those who struggle.

“While all presidential elections are important in terms of their consequences, the 2016 primary season seemed particularly unusual in no small part because Donald Trump — a well known real-estate mogul and celebrity — was leading the Republican Primary. Although most pundits gave him no shot at winning, he continued to perform well in the primary elections. Thus, I wondered — who is supporting Donald Trump?” said Ryne A. Sherman, an associate professor at Texas Tech University and author of the study.

The study was based on an internet test called the Trump Values Similarity Test. Not surprisingly, his voters were more likely to share his values.

The average income of a “Trump supporter” is just over $70,000 a year. They are far shy of President Trump’s gilded billionaire status, but they have a lot in common with the real estate developer. Like the President, his supporters value power and money over almost everything, except perhaps social traditions. They are highly money driven and believe in a strict adherence to social order and social hierarchy, especially in the workplace. People who have power, they believe, deserve it and the quest for power and money motivates them.

Trump supporters were more likely to agree with statements such as “People who are poor just need to work harder”, “In life, winning is the only thing that matters”, “A company’s main focus should be profits”, “Art shows are boring”, and “Dress codes are good and should be followed strictly.”

No empathy for the poor

According to the study, “Trump supporters” have little empathy for the poor. They believe social welfare programs are a drain on society and that those who are poor simply aren’t trying hard enough.

Is Trump the Start of a Trend?

In many ways, President Donald Trump is an icon. No one matches his level of flamboyancy and notoriety. That doesn’t mean, though, that it’s the end of the line for those who see a bit of themselves in President Trump. He might be our first self-reported billionaire to ever hold the office of the presidency, but that doesn’t mean he’ll be the last.

Even now, we hear rumblings that billionaires Mark Cuban, Mark Zuckerberg, Starbuck’s CEO Howard Schultz and Oprah Winfrey could run for president in 2020. None of those billionaires share all of President Trump’s values, and in fact, most are diametrically opposed to much of what he stands for. However, like President Trump, they all optimize wealth, power and success.

What Democrats Could Learn from the Study

This glimpse inside the mind of a “Trump voter” is both revealing and troubling for Democrats. It has long been a cornerstone value of the Democratic Party that those who need a hand up in life should be given one. Democrats also believe that certain disadvantages, while not impossible to overcome, are difficult to get past. And that we should understand that many hardworking people struggle to get by because of factors outside of their own control.

Democrats have two choices. They can embrace “Trump voters” by running their own billionaire or they can go the opposite direction and sell themselves as the party of empathy. The second one is quite a bit more of an uphill battle, but the truth is that everyone, with the exception of people with psychopathic tendencies, is capable of experiencing empathy for those less fortunate. Closing the empathy gap will be a challenge, but effective messaging, including personal stories of struggles and loss, could make enough of a difference to swing a Democratic victory. Remember, the election was very close and the majority who voted voted for Clinton.

On the other hand, Democrats cannot demonize the wealthy and successful if they want to win. Wealth and success, after all, are what our capitalist system was built upon. It is possible to be both wildly successful and to care about those less fortunate.

What Republicans Could Learn from the Study

One surprising takeaway from the study is that as much as President Trump sold himself as a change candidate, his voters crave the status quo. They like their lots in life. They see the world changing in front of their eyes and they aren’t happy about it at all.

The Republican Party, though, can’t rest on its laurels. Especially if “Trump voters” begin to see fewer opportunities for themselves. If they begin to experience more debt, there could be a massive backlash. Cultural and economic changes are unavoidable, but they are what “Trump voters” fear the most. The Republican Party needs to help their voters navigate the changing waters instead of denying them.

Republicans could benefit from bringing more empathy into their party. Instead of seeing the poor as lazy failures, they can admit that circumstances can make a difference. Even if they rebel against increasing social safety nets, they can offer more educational opportunities. They can also help people make the bootstraps necessary to pull themselves up.

The modern-day Republican Party has shied away from embracing technological change. But that’s where the jobs will be, whether they like it or not. The tech sector and the green energy sector tend to lean liberal, and that’s no accident. As we saw during the election, Trump and Republicans touted coal, a near dangerous relic of times past. At the same time, they said climate change is a hoax. We won’t enter that controversy, but there’s no denying that renewable energy is a booming employment sector and a trend that’s not going away. Technology is our future while coal and other fossil fuels represent the past. A party can’t stay viable for long if they insist on holding onto the past.

Problems with the Study

As with many studies, this one was flawed. It was an internet study, which may have limited the sample and there was no control group. However, more than 1,800 people from all over the country participated, which is a pretty good sampling. The study did not examine those who voted for Hillary Clinton or other candidates.