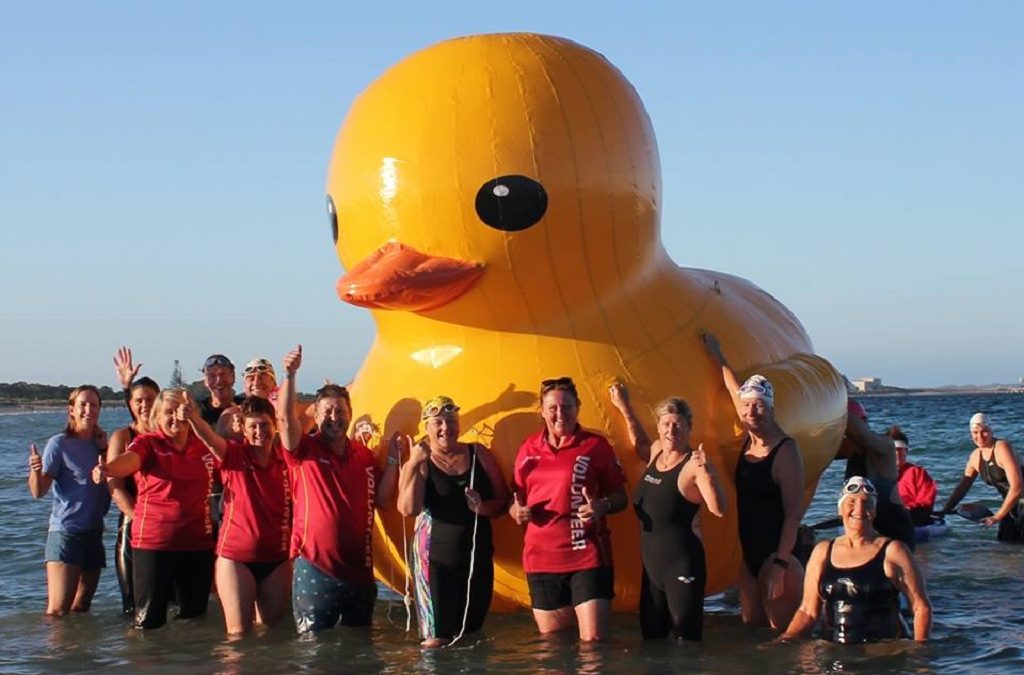 Everyone has had a yellow duck toy at some point in their life. Most of the time they were small bath toys that squirted water or squeaked when squeezed. But sometimes they jumped into our nightmares as larger-than-life inflatable monsters…

That wasn’t a nightmare. That was just the mascot for the annual Coogee Jetty to Jetty Ocean Swim in Western Australia. The swim is organized by the Cockburn Masters Swimming Club. 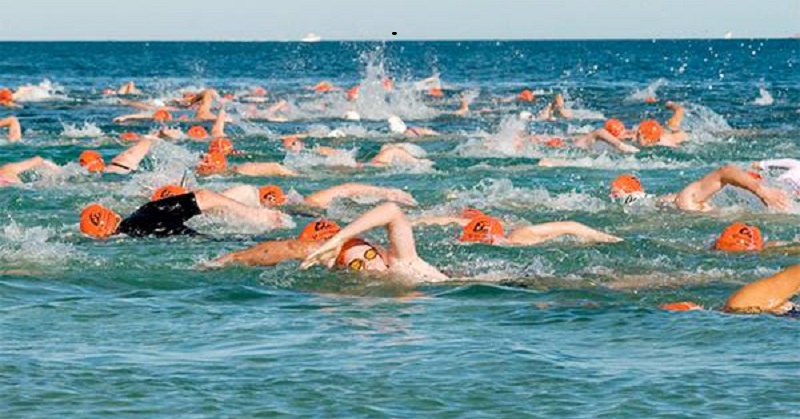 This year the club had planned a little something special. They purchased a giant inflatable yellow duck to serve as the race mascot. They named it Daphne.

While putting Daphne in place during the race set up, an easterly wind swept the huge inflatable out into the Indian Ocean. During an interview with ABC Radio Breakfast, Peter Marr, president of the swimming club, said he had attempted to swim after the giant yellow duck:

I probably overestimated my ability and underestimated Daphne’s hunger for freedom and she just bolted. After 50 metres she was just gone baby, gone. I couldn’t keep up.

The duck cost a whopping $900 and has been a point of contention among club members since its purchase. One of the primary opponents was Marr, who lamented:

I didn’t want the duck whatsoever. We’re a small organisation trying to run a swim that makes money for our club. I knew as I was swimming I’d be accused of doing it deliberately.

Soon after her escape, Daphne was reported about 15 kilometers west of Rottnest Island by some fishermen. Other sightings have her traveling as far away as 400 kilometers from Coogee Beach where she was reported near Geraldton. Let’s just put this out there, this duck is not letting anyone clip her wings!

Although Marr stated that “We’re expecting a ransom note,” the entire swim club is hopeful that Daphne will be returned. The club has offered a small reward of swim entry passes and free event merchandise for Daphne’s safe return. Afraid that the modest reward would be too little, Marr added:

We’d look after them if they looked after us.

Help us try and find our beloved Daphne…#whereisdaphnenow#helpusfunddaphne#helpfindtheduck

The high drama of a giant yellow ducky on holiday off the coast of Austrailia is exactly the kind of story we need right now. So much serious news scrolls across our screens daily, it’s nice to know at least one ducky-lady is getting the vacay of her dreams. Hopefully, they find her in one piece and welcome her home.