If You Think the Lynx is Safely on the Endangered Species List, Think Again 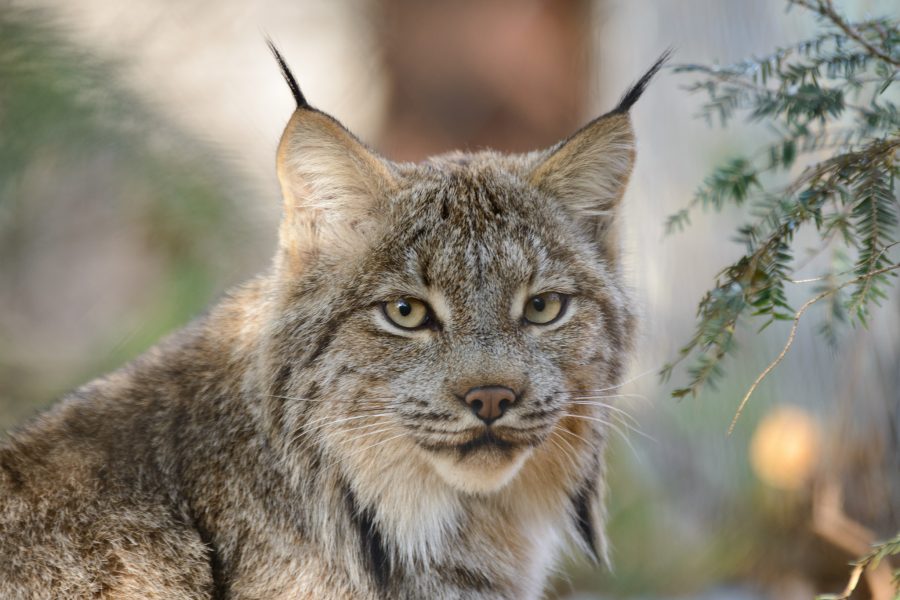 According to the U.S. Fish and Wildlife Service, the Canada Lynx is no longer under threat of extinction in the lower 48. That’s great news! But environmentalists are dubious. Many see the delisting of the Canada Lynx as part of a pattern of actions aiming at weakening the Endangered Species Act for the benefit of industry. And they may be right.

In January 2018, the U.S. Fish and Wildlife Service completed a two-year status review for the Canada Lynx. The snow-loving big cat had been listed as “threatened” in the lower 48 American States since 2000. A 2018 review concluded that the lynx’s numbers had recovered. It is no longer in danger of extinction. As a result, the government has begun the process to take the Canada lynx off the list of threatened species.

In and of itself, the delisting might not seem significant. After all, the International Union for the Conservation of Nature has considered the Canada Lynx a species of “least concern” outside the contiguous United States for over twenty years.

But this is just one of many such recent moves to delist and downgrade species under threat. And this has angered many scientific and environmental groups.The Center for Biological Diversity has even filed a series of lawsuits.

“This spells disaster for lynx,” Michael Garrity, head of Alliance for the Wild Rockies told Reuters.

Image CC by 2.0 by Keith Williams, via Wikimedia Commons.

A Pattern of Downgrading

The pattern seems to follow political, rather than scientific goals. For some time, the logging industry has been trying to expand clearcutting operations in Colorado and Maine. These are two areas where the Canada Lynx has made a comeback. In addition, many of the species President Obama added to the list were under threat from climate change. The Trump administration is dubious about climate change and has delisted many of these species on the basis of “uncertainty” about its actual effects. In addition, the administration has denied protection to other species for this same reason.

“You couldn’t ask for a clearer sign that the Trump administration puts corporate profits ahead of protecting endangered species,” says Noah Greenwald of the non-profit Center for Biological Diversity (CBD).

In October 2017, the Department of the Interior denied protection to twenty-five species that the Center for Biological Diversity considers highly imperiled:

Among these species is the Pacific Walrus, which the Obama Administration had slated for protection. In addition to the walrus, several other species like the Florida Keys mole skink, Bicknell’s thrush, Kirtland’s snake and Big Blue Springs Cave crayfish are specifically under threat from the effects of climate change.

However, the delisting of the walrus is particularly suspect. The government didn’t base its decision on an increase in walrus numbers or an elimination of the threats to it. Rather, says the Center for Biological Diversity, they limited the scope of their projections. In effect, they changed the parameters of the study, rather than finding new evidence of a reduced threat. This means, they changed their final goal instead of actually making progress towards it, yet delisted the walus anyway.

Conservation Status: What Does it Mean?

Image CC by 2.5, by Peter Halasz, via Wikimedia Commons.

What does it mean for an animal to be on the endangered species list? The U.S. Fish and Wildlife Service says this:

The classification system is actually much more complex. There are seven categories of threat, ranging from “least concern” (i.e.; no threat) to extinct (as pictured above). For a detailed description of the different categories and subcategories, see here.

Putting a species on the endangered list is a complicated and time-consuming process. First, someone must request the listing. Then either the NFMS or USFWS must decide, within 90 days, whether the petition has merit. Next comes a status review, which includes a scientific study. Then the government has one year, from the date of receiving the request, to decide to list — or not list — the species.

Rescinding protection, unfortunately, doesn’t seem to be as difficult. Especially when some members of the government seem to see the Endangered Species Act itself not as a means for protecting wildlife, but as a danger to business and industry. They would invalidate this law, without thought for the species it protects, because the land affected could generate a lot of profit.

“It has never been used for the rehabilitation of species. It’s been used for control of the land,” said House Natural Resources Committee Chairman Rob Bishop told U.S. News and World Report. “We’ve missed the entire purpose of the Endangered Species Act. It has been hijacked.” In addition, Bishop said he “would love to invalidate” the law.

The U.S. Fish and Wildlife Service is happy to consider petitions from members of the public, to protect species. You can start the process here:

In addition, please consider volunteering for or donating to some of these fine wildlife protection efforts: