Barber Tells Frumpy Insurance Guy to Grow A Beard: It Changed His Life 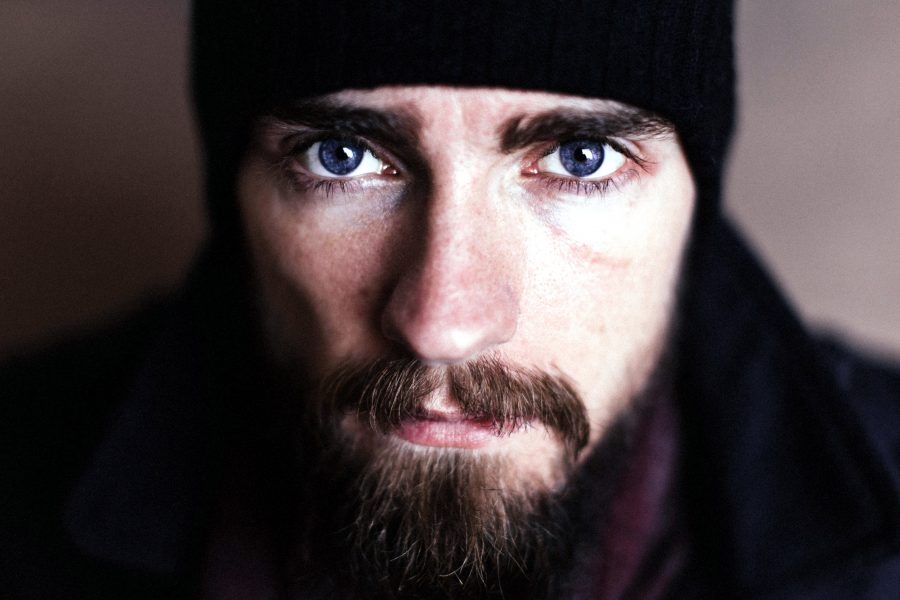 They say that clothes make the man. But in the case of thirty three year old Gwilym Pugh, it wasn’t clothes, but a beard. And it changed his whole life — for the better.

Some see ‘insurance salesman’ as shorthand for ordinary. Everyday. Nothing exciting. And in Britain, for some reason, many people find red hair off putting. Bullying of “gingers” is real. Recently, some people took South Park’s “kick a ginger day” joke seriously. As a result, several red headed school children received beatings from their classmates. And one police station in England has had such a problem, that they started treating attacks on people with red hair as hate crimes.

But nobody is bullying Pugh now.

Gwilym Pugh was struggling with his body image. He was plagued with health problems. A knee injury kept him from exercise, and he piled on the weight. Even though he had his own business selling insurance, he was miserable. So miserable, reports Providr, that he couldn’t leave the house. Despite all this, Pugh had formed a folk band with some friends. His barber suggested he grow a beard, to look the part.

It may seem like a strange suggestion. Pugh is a handsome man with a terrific smile.

So today has been an absolute whirlwind!! I woke up with a banging hangover after the @vo5 @nmemagazine awards to news the article about my personal journey has pretty much gone viral around the world 😱 I’m so incredibly grateful to everyone commenting kind words and supporting me, I think it’s easy to criticise people, especially online, but it’s 2018 and we need to start lifting each other up! Literally anything is possible, even if you’re not aware of it yet. . . PS.. huge thank you to @instagram for making my journey possible!! . . . . . . . #beforeandafter #transformation #gingerbeard #weightloss #fatlossjourney #redhead #gingerhair #gingerman #igtransformation @instagram

However, the New York Times reports that a recent study found that both men and women rate a bearded man as more attractive. In addition, the study said that both men and women judged men with beards as more masculine, generous, sincere, industrious and self-confident than men without. If other people started looking at Pugh differently, perhaps he would be a little happier with himself.

It was worth a try, right?

But not even Pugh’s barber could have predicted what happened next.

A nice, thick, ginger beard was only the beginning. “Looking the part” of a folk singer inspired Pugh to clean up his diet as well. No more takeout food. And no more desk job, either.

‘”It was the best thing for my health,” Pugh told the Daily Mail. “As I stopped sitting for nine to ten hours a day.’

It’s amazing what a difference 10 years can make! I really want to hammer that home… 10 years… What I’ve done has nothing on countless people out there who have changed their lives for the better. . But I want to keep spreading the word that anything is possible if you give it enough time and patience. For me, my journey is continuous and is about more than appearance but rather personal development inside and out. I didn’t set out to do what I’m currently doing, but as you learn and grow you become more open and confident to recognise and accept opportunities as they present themselves. When you have self doubt, you have to stand up inside and tell yourself to shut up!! I’m a firm believer that as you positively affect others, good things happen…. Maybe not immediately but definitely in the long term! #inspirehappiness . #disclaimer… the after shot is a professional photo taken by @thomasknights… The lighting was set up with precision and I prepared for the shoot for a period of time in the run up

Over the next five years, Pugh lost six and a half stone — that’s 91 pounds!

But that’s not all. Pugh began to come out of his shell, as well. He set up an Instagram account (gwilymcpugh), and soon gained a huge following. His first break came when he was asked to become the face of Nathan Palmer Clothing. After that, photographers clamored to have him sit for them. He and his whiskers appeared in the coffee table book 100 Beards by Jonathan Daniel Pryce. In addition, he appeared in the Red Hot photography project by photographer Thomas Knights. The project celebrates the beauty of red headed men. And Pugh is a fantastic representative.

And then his career really took off.

Pugh signed with top London modeling agency AMCK Models. Since then, he has worked on campaigns for Diesel, Vans, and Bud Light. In addition, David Beckham chose Pugh to be an ambassador for Beckham’s new line of male grooming products, House 99.

If that’s not enough, Pugh himself is an enthusiastic photographer. He hopes one day to conquer the world in that way as well.

An entrepreneur, model, musician and now a photographer? Pugh is a man of many talents. But he hasn’t let it all go to his head. Pugh told the Daily Mail,

“Having worked in finance for years, the opportunity to work with creative people and travel around the world is amazing. But you forget how nuts it is, it all becomes normal.” He adds, “I think I’m lucky I got into this profession at the age that I did. I try not to get caught up in it all and my girlfriend helps a great deal with that.”

Sunday vibes…. having a chilled day at home but can’t help but wish I was back on holiday!! 😎

What is it about a beard that makes it such a powerful statement of masculinity? Both men and women like, trust, and admire a man with a beard. Indeed, beards play an important role in many world religions. Whether to distinguish believers from outsiders or to demonstrate the continuity of faith through the continuity of facial hair.

But more than that, beards are hot. They’re a versatile, non-permanent way to make a statement. And they’re not going away anytime soon.

Who would have thought that a few whiskers would make such a difference? From a shy, overweight insurance salesman to a red-headed superstar, burning his way through the worlds of music, modeling, and art. We wish Gwylim Pugh all the best!

Featured Image is In the Public Domain, via Pixnio.