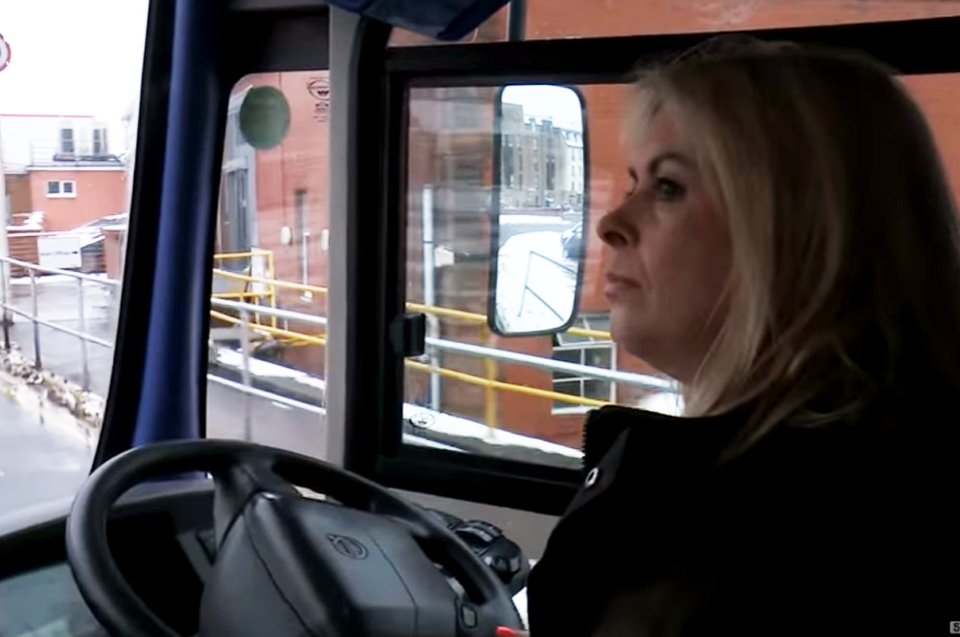 Amid freezing weather conditions, snowbound Scotland needed a hero. And they found one in Edinburgh bus driver Charmaine Laurie.

Britain spent the first day of spring shivering beneath nearly two feet of snow. Up north in Scotland, roads were blocked, schools closed, and transportation was offline. In the Scottish capital, Edinburgh, the government had to deploy soldiers to take healthcare workers to and from snowbound hospitals. This plucky little capital needed a hero. And they found one in Edinburgh bus driver Charmaine Laurie.

Emma and the Beast

On February 28, a Siberian cold front swept across Europe, bringing snow showers and an unseasonable freeze. Different countries had different names for it. Britain called it “The Beast From the East.” A few days later, Storm Emma joined the fray. It’s not the first time either has visited Britain. But the combination caused some unprecedented weather.

High winds. Low temperatures. And more snow than people had seen in years. The government issued red snow alerts — meaning “threats to life and property likely” — in central Scotland, Northern Ireland, and Wales. And in some of these places, this, too, was a first.

The snow trapped travelers at airports for days in Glasgow and Edinburgh. Drivers foolish enough to ignore government warnings found themselves stuck on highways overnight. And the government wondered if the heating fuel supply would be enough to meet the country’s needs. Store shelves emptied because delivery trucks couldn’t make it up Edinburgh’s icy hills. And parents everywhere hunkered down for nearly a week of forced school vacation.

But worst of all were the roads.

A band of the #BeastFromTheEast storm approaching Edinburgh. The Crags on the right, Edinburgh Castle on the left ❄️? #BeastFaeTheEast #REDALERT #Scotland @WindyWilson88 @SeanBattySTV ? https://t.co/XIOaDSVVbx pic.twitter.com/piGcNmPzNi

Edinburgh is built on the caldera of an enormous extinct volcano. This means that it’s a very hilly place. People call it “the City of Seven Hills,” but there are actually a lot more than that. And when the snow falls, those hills become icy — so icy that cars, buses, and delivery trucks have a hard time keeping control. This was the situation on February 28, 2018, when Edinburgh bus driver Charmaine Laurie had to put her skills to the test.

“It happened quite quickly. It’s hard to describe – my heart was in my mouth,” Laurie told the Evening News.

Laurie was driving her number 11 bus down Frogston Road, on the south side of Edinburgh. A snowstorm was beating down on the city. The double-decker bus was carrying twenty passengers, including children returning from school.

“The conditions were really bad,” Laurie recalled. “Visibility was down so I was only doing about 15 or 20 miles per hour.”

That’s when it happened. A compact car driving down the other side of the road slipped on ice, swerved into the path of Laurie’s bus, and stalled.

“I actually thought I was going to hit her. I came over a hill and all of a sudden there was this car in front of me on my side of the road.”

The passenger-filled double-decker bus was going down an icy hill, with a much smaller vehicle in its path. But Laurie’s instinct and training took over. And instead of plowing into the little car, Laurie swerved the bus, executed a drift maneuver, and saved both the car and its passenger.

“I touched the brake and as soon as I did the back end slid out so I took my foot off and just guided it through the space that was there.”

And then, in typical, unflappable Scottish style, Laurie continued along her route, delivering her passengers safely and on time. Her passengers, too, took the near miss in stride.

“Only one commented when she got off and asked if I was ok and told me ‘well done,'” Laurie told The Scotsman.

She told the Scottish Sun that she actually forgot about the incident until she came home and saw it on the news.

Laurie credits her training for helping her to save the day.

“We train for all types of conditions. You come across all different obstacles, public walking out in front of you — you have to be ready for whatever.”

You can see the whole thing in the video below, taken by Gareth Smith. Smith had been traveling behind the car when his own vehicle stalled.

Edinburgh is rightly proud of its excellent bus system, which provides cheap, fast, efficient transport over the entire city. But now it can also boast its quick thinking, well-trained bus drivers. In times of trouble, heroes will arise in the unlikeliest of places. Even in the driver’s seat of your local city bus.

The harsh weather brought Edinburgh’s transit system to a stand-still. When the bus drivers returned to work, News 5 was there to chat with Charmaine Laurie. Here’s the video.