This Doctor Explains Why Most Cancer Drugs are Expensive and Ineffective. 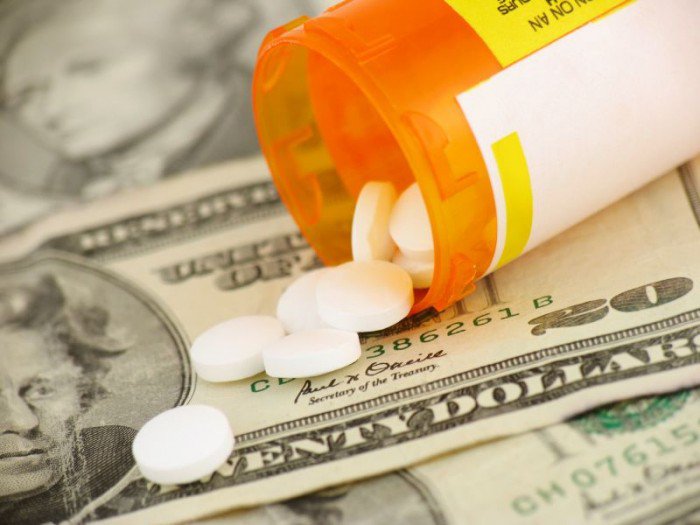 Big pharma or the pharmaceutical industry is the most powerful monopoly in the US.  Recently more people have started to notice that they sell a lot of ridiculously priced second rate products.  This adds up to a lot of people with poor health and insane amounts of profits for these companies.

Big Pharma’s power reaches beyond the Health Care World and into Politics.

In Washington right now Big Pharma plays a huge role in the power politics there.  For example, it is lobbying very successfully for its ‘right’ to advertise directly to people like you and me.  In other developed countries, such tactics aren’t allowed because that greatly increases drugs use.

Another show of power is how big pharma controls the agency that is supposed to regulate it.  In 2008, the FDA (Food and Drug Administration) approve only around 33% of new drug applications.  This year, however, the FDA has approved 96% of drug applications.

Big Pharma also had a big win when they convinced Congress to pass a law that makes it illegal for the US government’s Medicare program to try and negotiate for better drug prices!

In the US drug prices are dramatically higher than anywhere else in the world.  As drug prices go up so do the profits of the companies that own the drugs.  There is also nearly no competition in the pharmaceutical world which really emphasizes the monopoly issue once again.

Many different patent tactics are used to keep control of the drug rights and smaller generic brands are bought up and prices increased.  When it comes to drug approval, the cost is not considered which gives these companies the ability to charge whatever they want.  Buyers end up having to pay costs that are in no relation to how much it costs to make the drugs.

Drug Testing is Closed for Inspection

These companies also have the rights to test their own products and are not required to allow the data to be available to a neutral third party.  This means there is no telling if these companies are exaggerating their findings or hiding potential side effects of the drugs.

Recently Dr. Allen J Frances asked Vinay Prasad, M.D., M.P.H. to explain how these drug companies are able to manipulate our perception of cancer drugs and keep the prices so high.  He is an incredibly informed person when it comes to how safe, effective and expensive cancer drugs are.  Dr. Prasad is the Assistant Professor of Medicine in the Hematology-Oncology department at Knight Cancer Institute at Oregon Health & Science University.    He also recently published a book you should check out for more information called Ending Medical Reversal: Improving Outcomes and Saving Lives.

“Cancer drugs are outrageously expensive; but they are worth every penny, right?

When you pay a lot for something, you want it to be great. This is true of a new car, a new computer, a new pair of shoes—but it doesn’t seem to be true for cancer drugs.

Recently, we heard that profiteers are raising the price of old, established medicines.  For many Americans, Turing pharmaceutical and Martin Shkreli have become four letter words.

But the problem of inappropriate prices is not just a few exceptional cases; it is the norm in cancer medicine.

Before we talk price tag, let’s consider what we get for our money. In medicine, there is always nuance, and it exists here.  For example, there are some excellent cancer drugs.Two that come to mind are imatinib—a revolutionary pill that transformed a highly fatal leukemia into a manageable condition—and rituximab—a monoclonal antibody that has improved survival in several cancers.

These drugs are expensive, sure, but no one can say they aren’t terrific. But we can say that Novartis, the maker of Gleevec, has raised the price of the drug from an already high $30,000 in 2001 to $76,000 today despite the fact that it costs less than $200 dollars to manufacture a year’s supply.

But at least Gleevec is a great drug. Most cancer drugs are not close to being great—they have only a tiny positive impact on longevity and often cause many side effects.

The median improvement in survival for 71 drugs approved by the US Food and Drug Administration for treating solid cancers over the last decade is only 2.1 months.

And there are two good reasons to assume that this remarkably short reported extension is in fact an overestimate.  First, the average age of cancer patients in the real world is much  older than those included in the studies submitted to the FDA— 60% of cancer patients are over 65, but they account for just 36% of patients in key trials.

Older patients—who are frailer and have other medical problems—experience more side effectsfrom cancer drugs and less benefit.

Second, the majority of cancer drugs approved by the FDA are not included in the 2.1 month figure, because their effects on overall survival are unknown.  Amazingly, most new drugs (~2/3s) are approved on the basis of improvement of a surrogate endpoint —e.g. a new drug shrinks a tumor on a CT scan. We don’t know that this shrinkage actually translates into a longer or a better life.

So, the efficacy of most cancer drugs is minimal and may be even less in the real world. How do we then explain why they are already soridiculously expensive and increasing in cost at a rate of 10% a year. Cancer drugs now routinely cost more than 100,000 dollars for one year of treatment.

One way doctors measure the value of drugs is to ask how much is the total drug cost to get us 1 year of quality life.  Since most drugs just add a few weeks or months, you have to treat many people to get just one year of extra life.  By this measure, most cancer drugs are outrageously expensive.

A new breast cancer drug costs ~$700,000 for a quality adjusted life year, and a new colon cancer drug costs $900,000.  And these figures apply only if you give the drug the benefit of the doubt, and assume it works as well in the real world as it does in FDA studies.

Not surprisingly, Pharma is our most profitable industry—double digit returns ranging from 10% to 42% are routine, despite the overall disappointing  benefits of their products.

Reasonable people would say it’s fine to make a tidy profit when you make a great drug—a drug like Gleevec.  But we might also say it doesn’t seem fair to keep raising its price over time, as the cost to make it is trivial, and the research and development are already done. Steep price increases feel like profiteering.

Reasonable people might also say that it doesn’t seem right to pay so much for drugs that add so little—and only add that little bit under just right conditions.  Especially when the costs to make drugs are so low and profits are so high.

What prevents us from being reasonable people? That is not just a million dollar question, but a tens of billion dollar one.  It involves rules that prevent Medicare from negotiating the price of drugs and the intricacies of the patent system. Solutions won’t be simple or easy, but the price of cancer drugs is way too high, and we get far too little for it. The time for reform is now.”

Thank you, Dr. Prasad, and Dr. Allen J Frances for bringing up these important points about big Pharma and the Cancer industry.

I think society is finally reaching its tipping point and is ready to make a huge stand against what greed is doing to our world and our health.  Of course, we need to be able to negotiate prices, have fair prices and have access to medicines that actually work.

According to the smart Wall Street money it is projected that over the next five years US drug companies are expected to grow another 50%.  This is something we need to change just like the previous generation did when they took down the Tobacco Monopoly 25 years ago.

What do you think we should do when it comes to big Pharma and the cancer industry?  Let us know in the comments below and share to friends to get their opinion.