The Leonardo da Vinci Sleep Pattern and Method: Getting Enough Sleep in 4 Hours 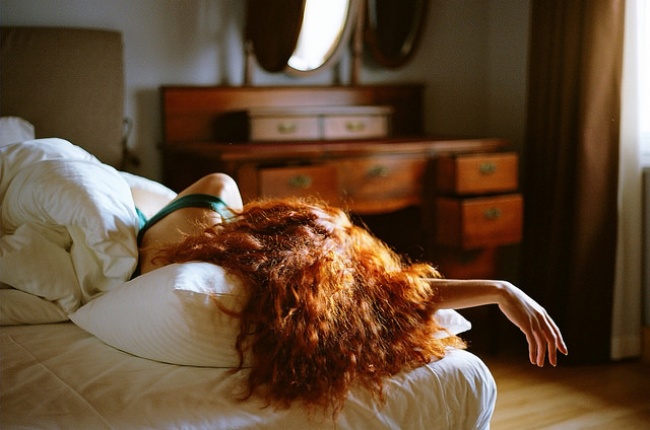 Polyphasic sleep is often associated with the name of that most famous artistic genius and inventor of the Renaissance era, Leonardo da Vinci. Of course, he needed a lot of time to develop his ideas — time which he often didn’t have. Being a resourceful person, however, he sought to extract this time from his daily does of sleep. This is how the renowned Da Vinci sleep pattern came to be!

The da Vinci sleep pattern and method involved breaking up his normal period of nighttime rest into several parts — making it polyphasic, which refers to the practice of sleeping multiple times in a 24-hour period. Da Vinci thus slept for 15 minutes in every four hours. As a result, da Vinci generally limited how much he slept to just one and a half hours a day. The time he saved on resting he began to use for his creative work. Da Vinci is said to have used this method for many years of his life, without ever feeling tired.

It is well known that in physiological terms, the most productive time for work and creativity is following a period of sleep. This is when a person’s capacity for work is particularly high. Interrupting one’s waking time every four hours with a short rest period leads to a sharp increase in the amount of time a day that a person has a high capacity for work, as a direct consequence of this rest.

Years of practising and experimentation by those who came after da Vinci has allowed us to pick out several of the most effective variations of polyphasic sleep:

All of them work effectively! 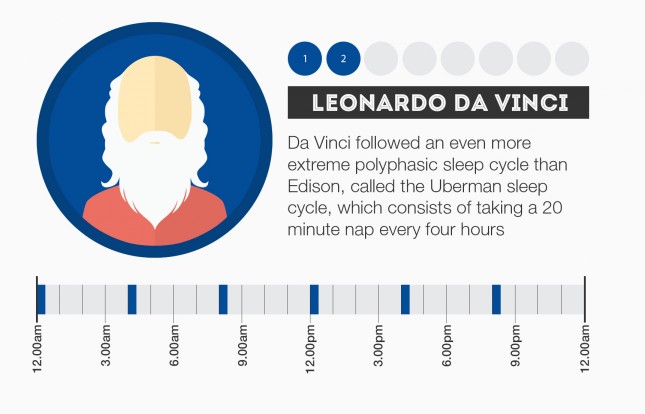 A Word of Caution

It is worth remembering, however, that everyone’s body is different, and as a consequence the various types of polyphasic sleep might not suit everyone. If you would like to make the transition to the Da Vinci sleep pattern, it’s recommended that you refrain from driving a car and from taking very important decisions until you’re absolutely sure that cutting down on your sleep hasn’t had any adverse effects.