Hearing the voice of the girl, the judge burst into tears in a few seconds 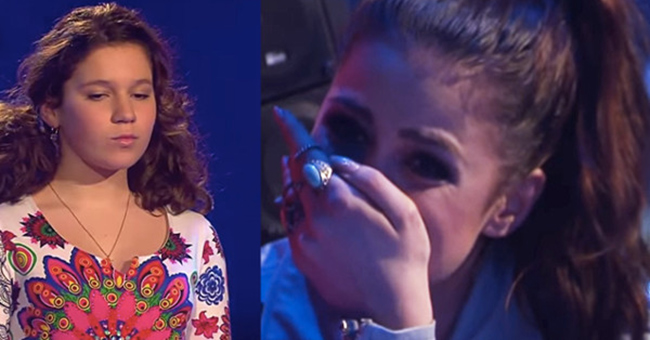 Since the foundation of the popular television show “American Idol” in 2002, many of these programs also got a huge success. One of such programs  “The Voice”, which proposed to the attention of the viewer a completely new concept. The selection of talented singers on this show is performed by ‘blind auditions’ of the judges based solely on the vocal performer. When the judge hears the voice that he/she likes most of all, then turns to the executor to see who has this beautiful voice.

This happened recently on the show The Voice Kids in Germany. This show is considered to be Germany’s most successful song contest for children from 8 to 14 years. Teenage girl Salome decided to present to the jury a great song “Time To Say Goodbye” (Time to say goodbye) of Andrea Bocelli and Sarah Brightman.

Just after a few seconds of listening to this young girl, judges launched their seats, to see how a child could sing so divinely this opera classic. In the end, a woman judge just burst into tears!

What an incredible singing! The ability to control a voice often eludes even from the most talented adult vocalists, but the young girl sings absolutely consciously and perfectly controls her voice. I am sure that we will hear this young singer more.