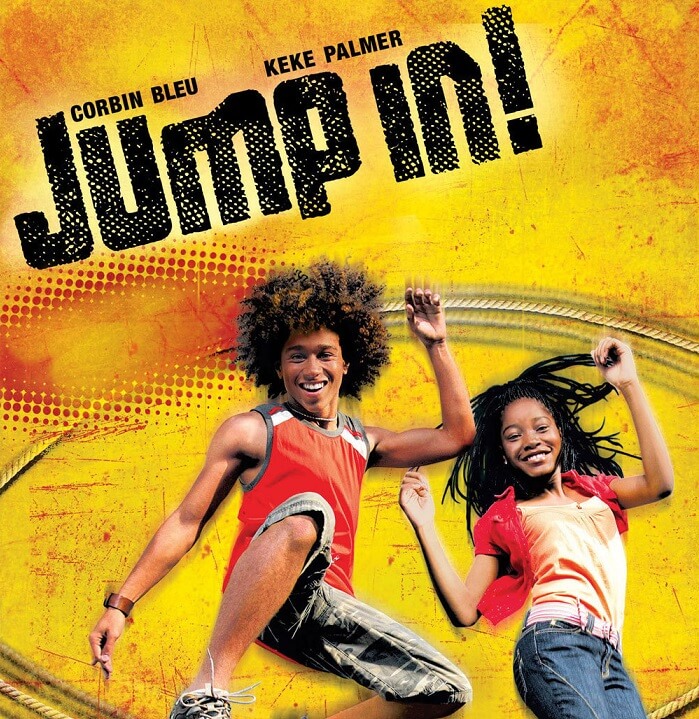 Maybe Disney was like, “Hey, High School Musical did really well – let’s take one of the secondary characters and give them a different movie and see what happens…” Either way, this jump rope movie starring Corbin Bleu was definitely all hype. Don’t get us wrong, the jump rope skills were cool and all, and we were still on that HSM high, but Jump In! was one of the somewhat forgettable Disney Channel original movies. 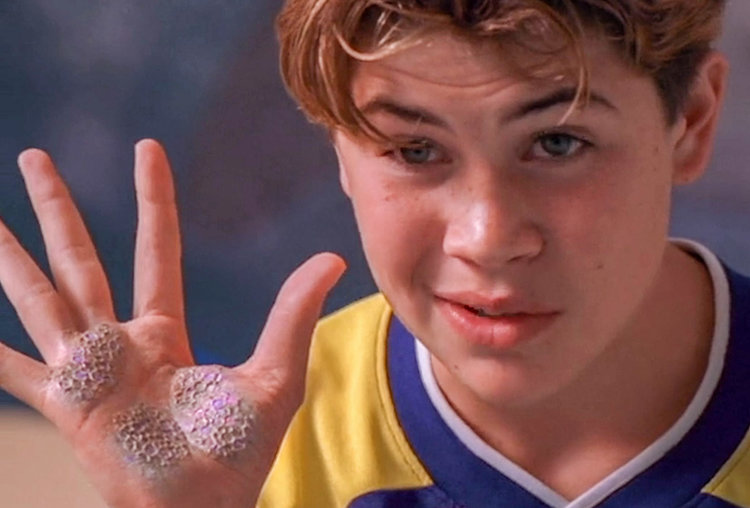 There’s definitely nothing wrong with The Thirteenth Year, but forgive us if we’re just a little bitter that a boy gets to turn into a mermaid and not us. And like quit complaining dude, you get to be a mermaid. You’re living out our wildest dreams! 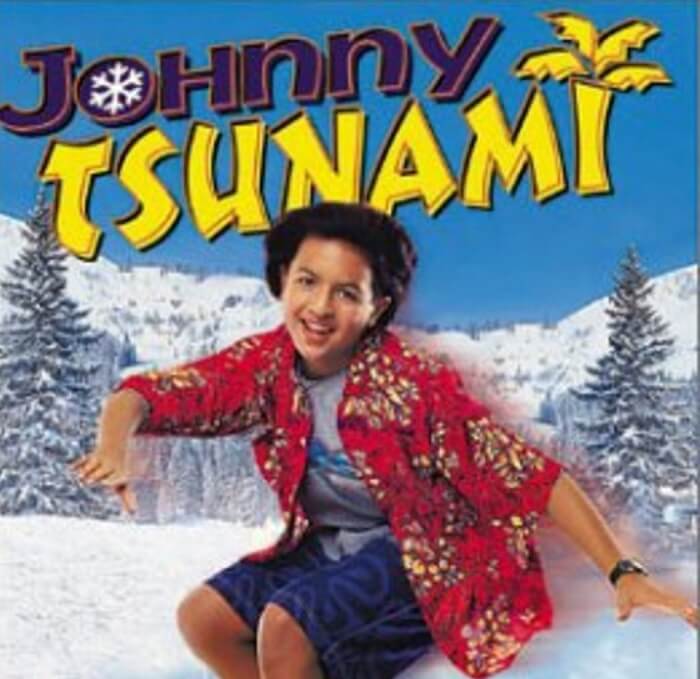 This one is just such a classic. There’s a good chance you can barely even remember what the plot of the movie consisted of, but when you think ‘Disney Channel Original Movie,’ you think Johnny Tsunami. Surf’s up, dude (or whatever it is they say).

14. The Even Stevens Movie 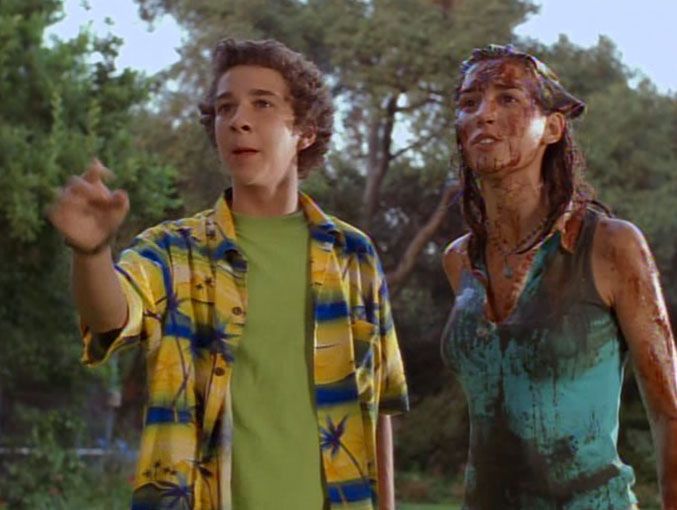 Shia LaBeouf before he got super hot/kinda weird. The Even Stevens Movie was easily the best movie spin-off of a Disney Channel series. And Ren’s love interest? Total babe. The plot line of them being tricked by this hidden camera show and the cliffhanger when you think for a second that Louis died… it’s almost something close to cinematic genius. 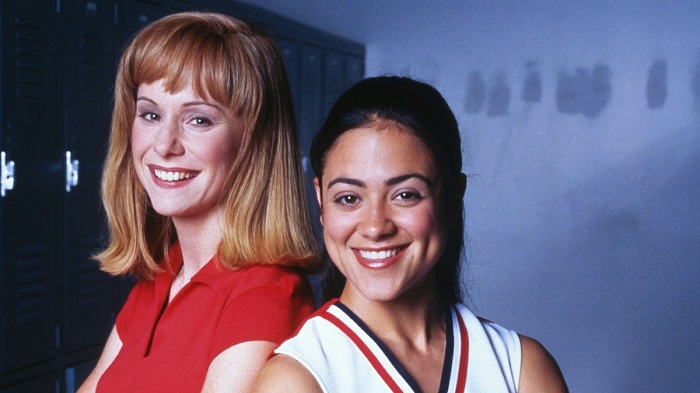 Si, se puede! Si, se puede! Yes we can! (Which is not an accurate translation, btw, Disney.) Who doesn’t love a classic cheer movie where a team of misfits comes together and beats the odds? Gotta Kick It Up! is almost a knock-off of Bring It On does not disappoint. Plus the sass is unbeatable. 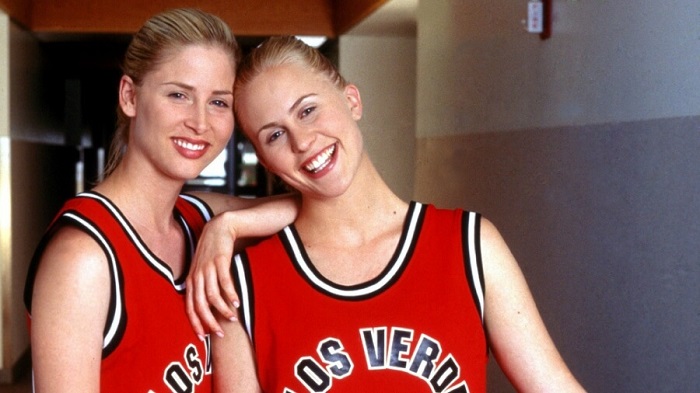 Twins who play basketball – let’s make it into one of those timeless Disney Channel original movies. Double Teamed is based on a true story which is very cool. And the girls’ struggle to fit in and win over the b*tchy girl (which they ultimately do with their dad’s grilled cheese a.k.a. grilled cheese is bae) is the exact amount of girl drama to keep us interested in a sports flick. Plus there’s something so mesmerizing about tall people. 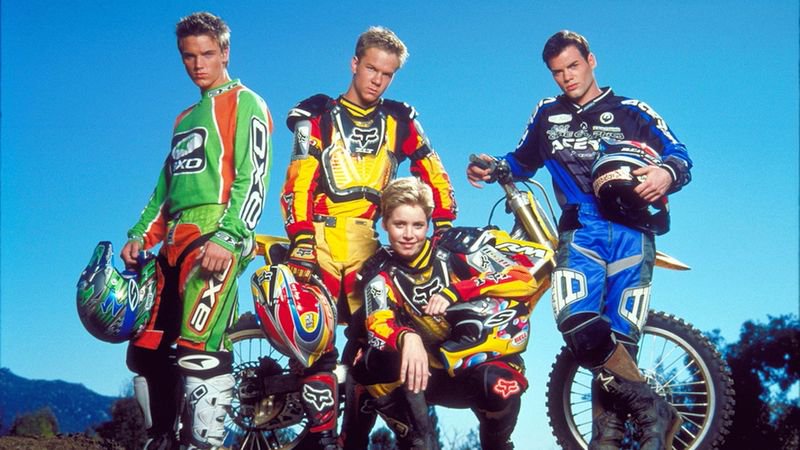 First off, hella respect to this girl for cutting off all her hair just to prove that she’s good enough to compete with the boys and step in for her brother. That’s real dedication right there, and it’s one of there reasons Motocrossed is so worth watching. But much more importantly, her love interest is really hot. Like we’ll happily just to stare at him the whole time, thank you. 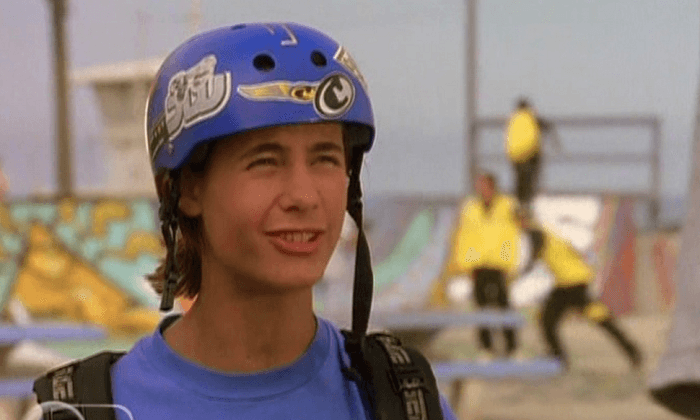 Erik von Detton and his beautiful golden locks were the golden nugget of Disney. Soul-Skaters over Team X-Bladz any day… those kids were total tools, not to mention sellouts. Even when Brink has a lapse in judgment, a flip of that gorgeous hair makes us forget his disloyalty to his team. So give Brink! a go!

9. The Luck of the Irish 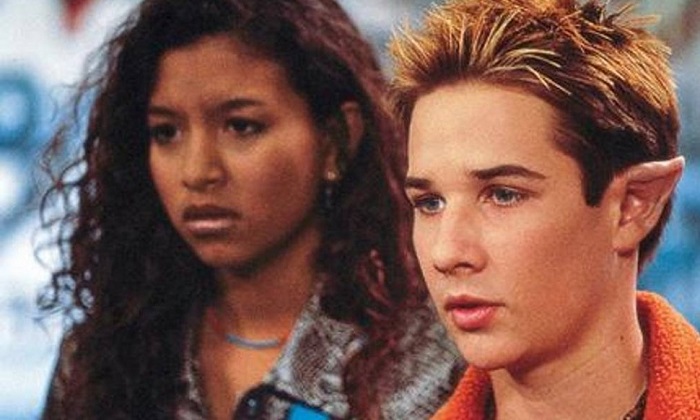 Starring “that kid who was in every DCOM and later went on to become a Pretty Little Liars villain” you can’t not watch The Luck of the Irish when it’s on TV. Why exactly is he turning into a leprechaun? Who knows. But every time we’re still on the edge of our seats when he’s trying to beat the bad guys in that basketball game. Will he win??

Perhaps the best DCOM cameo of all time when Bobby Flay comes into the picture, there is just something so satisfying about Eddie’s Million Dollar Cook-Off. That purple goop that gets Eddie into the competition looks so gross yet so so good. We were all inspired to be chefs. And Eddie was pretty hot… right? 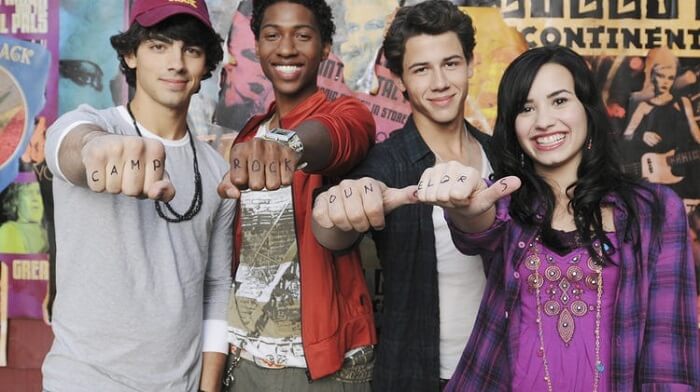 It’s slightly painful to have something involving the Jonas Brothers this high up in the list, but whether we’d like to admit it or not, they really did steal all of our hearts (even if only for a short period of time). And Demi Lovato in her prime? Not to mention the catchy songs of a DCOM musical with cheesy romance mixed in between? What’s not to love about Camp Rock?!

“’Cause we are sisters. We stick together… Cheetah Girls Cheetah Sisters.” Try not to sing along. Just try. Enough said. 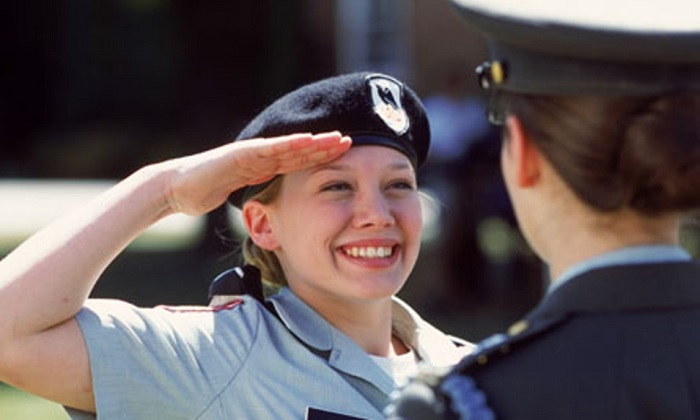 Hilary Duff. She basically ruled Disney Channel and, in her free time, dated Aaron Carter. Teach us your ways! When she and Ren from Even Stevens finally became friends and loosened up during the gun dance thing (whatever that is), our hearts melted. Got us every time. Now go get your hands on Cadet Kelly! 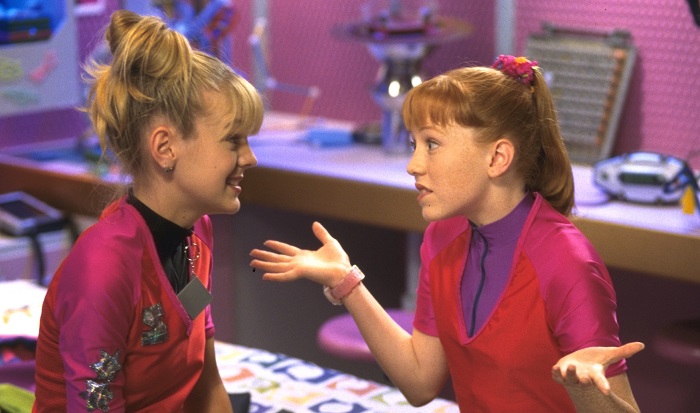 We all wanted to be Zenon. She was the total supernova girl and everything was just so “zetus lupetus.” Not to mention outfits just seemed so cool in the future. Metallic miniskirts and vests with color-coordinated scrunchies? Sign our eight-year-old selves up because this is one of the Disney Channel original movies we’d rewatch over and over again! 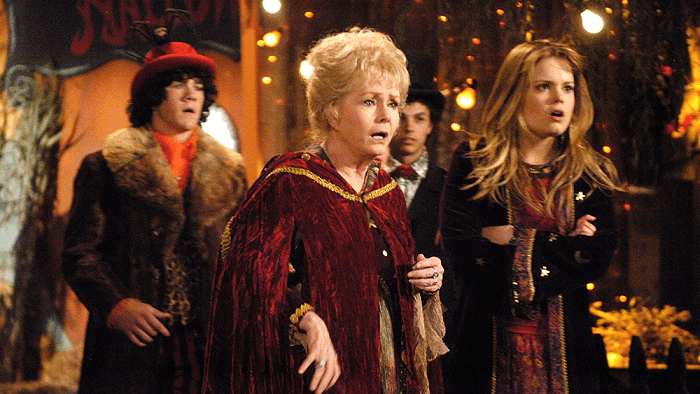 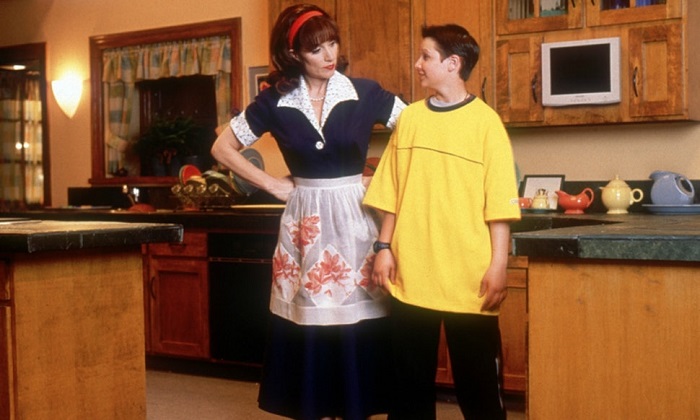 Let’s be honest, regardless of the psycho digital woman who tries to make herself the family’s mom – which is extremely concerning and creepy – we’d still risk it to get to live in that Smart House. Those TVs! The food! How has that house not been recreated in real life yet? 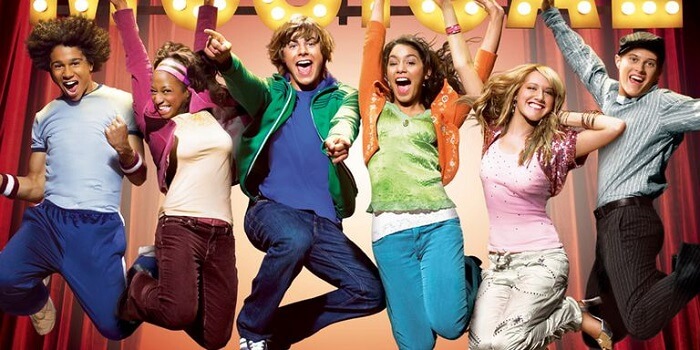 Whether you hate to love it or love to hate it (or maybe are still singing “Stick the Status Quo” alone in your room), you have to admit the High School Musical series took the prepubescent world by storm. Troy Bolton may have been all of our sexual awakening.

If you’re a big Disney Channel original movies buff just like us, then don’t hesitate to watch these little gems. We’re always interested in knowing your opinion, so what movies did you enjoy the most? Did we miss anything? Let us know in the comments below.