These Angry Squirrels Can Teach Us a Lot About Perseverance (Video) 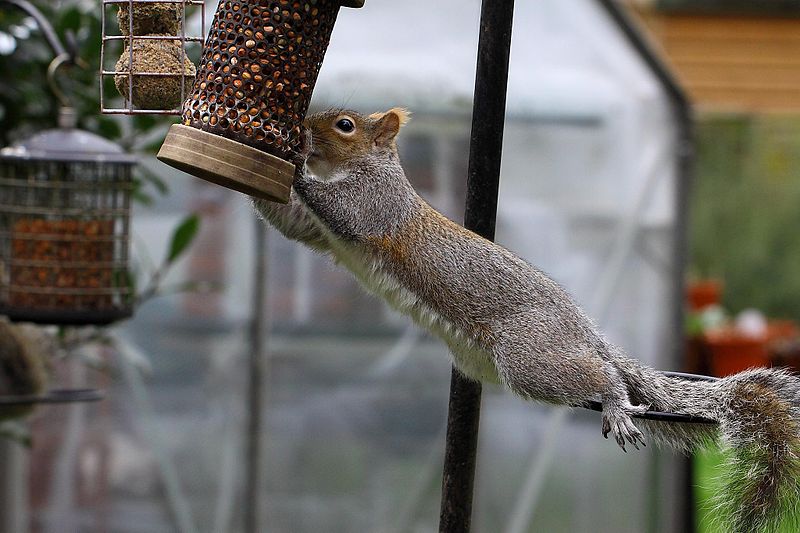 When you are away at college, what is usually the first thing you notice on the commons? A lot of people will answer ‘students’, but if you look closer you will see squirrels scampering around any trees available for shade and decoration. The adorable, bushy-tailed animal is a joy to watch as they bounce along the grass looking for nuts and seeds to eat. Of course, if you’re a squirrel being tested where your prize is in a box, you might think differently.

These cute little critters were a popular test subject when it came to finding out about perseverance during a 2016 study. If it had been you, what would you have done if a prize had been locked away? You would have thrown around a few choice words, or possibly thrown the box. Since squirrels can’t speak, their display is quite different.

Throughout the years, animal behavior has always been studied. From dogs and cats to guinea pigs and mice. But what happens when you put a walnut inside a black box for a squirrel to discover? Not only is a scientific test, but it is highly entertaining. Becoming upset and aggressive towards, say a vending machine, is natural for humans when we don’t get what we want. It is similar with squirrels in nature. They demonstrate their anger with tail flags, bitting and shoving. They will test different scenarios before either giving up or retrieving their reward.

In nature, we’ve often seen squirrels chased up a tree by our pets. This is where they start chattering towards said pet, generally a dog. Squirrels have often been known for their emotional transparency. During the study, scientists found that the big swooping motion of their tails are the main point of their aggressive display.

According to the Journal of Comparative Psychology, this is;

The internet abounds with videos of squirrels showing high levels of patience and ingenuity when it comes to getting a treat.

But these researchers took a more scientific approach. First, they trained their squirrels to open a black box with a treat inside, usually a walnut, dried corn, or in case of the video, nothing in a locked box.

Why Won’t it Open?

Even though the controlled group didn’t display these actions, the ones who were thwarted their treat showed more signs of aggression. These aggressive acts have also been documented in pigeons, fish and chimpanzees. Not much has been learned about why these aggressive acts are used. Humans seem to have much to learn about perseverance of squirrels. Have you ever witnessed the angry tactics of squirrels? If you notice them hanging around your homes, you’ve often seen them trying to get into attics. It’s amazing what these tiny creatures can do when they want something. Scientist Delgado had this to say,  “This study shows that squirrels are persistent when facing a challenge…When the box was locked, rather than giving up, they kept trying to open it, and tried multiple methods to do so.”

Not All Squirrels Think Alike

During a 2017 study in the UK, a test between gray and red squirrels showed that gray squirrels had better solving skills. During the test the grays were more successful during complex testing. They found out that pushing and pulling the levers on the box resulted in getting the prize inside. However, a handful of red squirrels actually solved the test faster. Scientists are unsure of why this happened, but it looks up for red squirrels. More research will be needed to understand these findings.

Even though it was a test to find out how squirrels manage with anger tactics. Their perseverance can teach us a lot of how to use problem-solving skills. The squirrels try multiple strategies during the test. The video below is awfully cute as you watch a red squirrel biting and pushing around a black box. Would you have given up or tried different strategies to open the box?