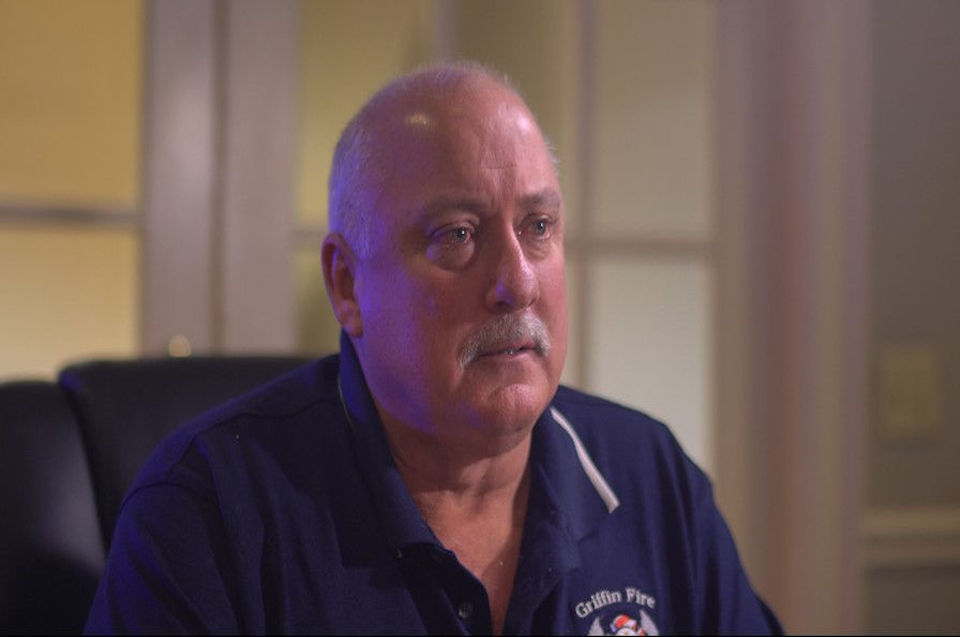 A favorite expression of harried mothers everywhere is that “no good deed goes unpunished.” For Rick Rickerson in Meansville, Georgia, that expression is ringing particularly true. He was arrested just after saving a woman’s life.

56-year-old Rickerson is a retired fire chief. As you’d expect, when Rickerson ran across a serious car accident on Georgia Highway 109 in October of 2017, he took action. The vehicle flipped on its top. The driver, a young mother named Rebecca Buchanan, was trapped inside her green four-door sedan and she wasn’t breathing.

Rickerson was a witness to the entire scene. There were no obvious hazards on that clear fall day. The skies were bright. Traffic wasn’t any heavier than normal, but the road, like so many in rural areas, wound and curved and if someone didn’t pay close attention, things could go very wrong.

Before he knew it, Rickerson watched as the driver ahead of him lost control of her car. It fishtailed and then hit the gutter, sending the car tail over head and head over tail several times before it came crashing down on its hood.

Naturally, Rickerson did what his three decades of first responder training demanded he does. The retired firefighter stopped his truck in its place, keys in the ignition, and jumped in and helped. He called 9-1-1 and described the scene to the Pike County dispatcher and identified himself as Griffin Fire Department former battalion chief and requested that help is sent right away.

While he waited for help, Rickerson and several bystanders peeled the car door open and freed Buchanan, whose breathing ceased when her mouth filled with blood. Rickerson cleaned the blood from her mouth and administered CPR and mouth-to-mouth resuscitation. He cleared her mouth again, confirmed she could breathe and called 9-1-1 one more time, this time to request a flight for life helicopter. The dispatcher assured him it was already in the air.

The first help that arrived after Rickerson was anything but

The first first responder on the scene (after Rickerson) was Georgia State Patrol trooper, Sgt. Rodney Jeter. As Rickerson was in the middle of saving Buchanan’s life, Jeter demanded to know who the truck belonged to.

Rickerson said the truck in the middle of the road belonged to him, but he refused to leave Buchanan until paramedics arrived. Jeter was having none of it. He demanded that Rickerson move his truck (again, the keys were in the ignition — Jeter could easily have done it himself).

Instead of helping, Jeter continued to demand that Rickerson move his truck. Rickerson refused, saying he would not leave the patient until a paramedic arrived.

While the argument occurred, one of the bystanders hopped into Rickerson’s truck and moved it off to the side of the road. That wasn’t good enough. Paramedics finally arrived. Jeter and his fellow sheriffs officers and deputies were heard talking smack about Rickerson. They called the 30-year fire department veteran a “piece of sh*t,” amid laughter. Then, they hauled him away in handcuffs.

Here is the video:

The story has a happy ending

Buchanan doesn’t think Rickerson is a “piece of sh*t.” Quite the opposite. While the sheriffs were involved over some sort of p*ssing contest, Rickerson saved the woman’s life. Buchanan’s surgery lasted seven hours. Surgeons had to reconstruct her spine with a steel rod.

Still, she is recovering, and for that,11Alive reports that she thanks Rickerson.

“I drive that road every day,” Buchanan said. I’ve never seen Mr. Rick, but for that day for our paths to cross so he could be there to save my life. I feel blessed. And I feel blessed that there are still good people out there like him.”

“I’m so thankful that he didn’t just see my accident, but he stopped. He got out.”

She added, “He came, and he helped. He was a good Samaritan. He didn’t have to. But he did. And I’m very grateful for it.”

Buchanan is still in a wheelchair. Rickerson is no longer in jail. In fact, he regularly visits Buchanan. She says she owes him everything. While she hasn’t mentioned Jeter and his band of harassers, it’s safe to say that she’s alive despite them.