Who On Earth Crafted these 3 Billion-Year-Old Perfect Spheres? 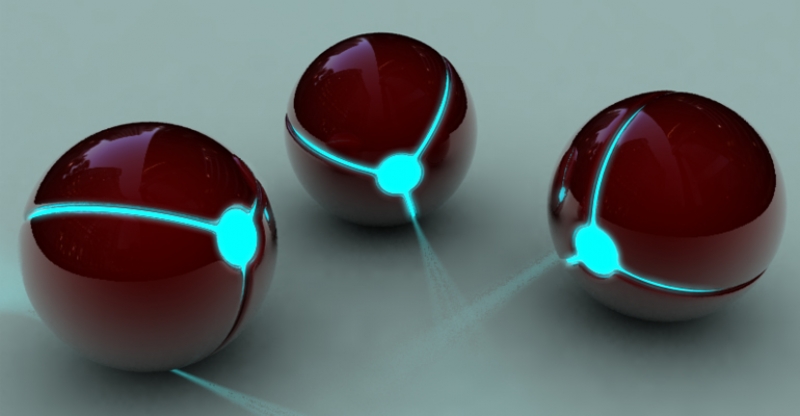 With a known written history extending to about 4,000 BC, it becomes easy to understand that very few answers have actually been found to questions regarding humanity’s overall existence.

It’s even easier to understand that, because humans have been in constant conflict throughout history, war played a decisive part in destroying or covering up all the former achievements of humanity. However, using the latest laser scanning technology, bits from timeworn and unknown civilizations are being found.

One such mysterious artifact, or better said a collection of artifacts, have been discovered inside the mines of South Africa in a pyrophylite deposit and are believed to be remnants of an ancient intelligent race who walked on Earth about 3 billion years ago.

Also known as out-of-place-artifacts, the Klerksdorp Spheres are proof of advanced technological abilities of pre-historic cultures. They are depicted as small metallic spheres, smooth and about an inch in diameter, also with concentric grooves around their circumference.

In other words, these bizarre relics are considered perfect spheres, and if we think at how hard it is for a sculptor to create a perfect sphere without the proper technological means, we will understand that creating such objects would be an almost if not impossible task.

The Museum of Klerksdorp in South Africa is where a part of these otherworldly spheres are kept. When the curator of the museum, Roelf Marx, was asked about the artifacts, he replied that:

The spheres are a complete mystery. They look man-made, yet at the time in Earth’s history when they came to rest in this rock, no intelligent life existed. They’re nothing like I’ve ever seen before.

They are found in phyrophylite, which is mined in South Africa. This phyrophylite is a quite soft secondary mineral with a count of only 3 on the Mohs’ scale and was formed by sedimentation about 2.8 billion years ago. On the other hand, the globes which have a fibrous structure on the inside with a shell around it, are very hard and cannot be scratched, even with steel.

Since the Klerksdorp spheres consist of a different material than the pyrophylite, some researchers assume that they cannot be natural formations, and since nature wasn’t responsible for this, the hypothesis of them being manufactured has arisen.

With an intriguing design and colors varying between a dark blue and a hazel, chestnut color, these peculiar artifacts seem to hold more questions than answers. Is it possible that they were used in some kind of ritual? Or does their small size and somehow flawless design indicate that these could have been used as ornament pieces or even jewelry for a former 2.8 billion year old civilization?

While testing the peculiar stones on a flat surface, Mr. John Hund of Pietersburg was baffled by the extreme balance of this objects, so he took them to the California Space Institute at the University of California to run some tests in order to find out more about the creation process. He stated that:

It turned out that the balance is so fine, it exceeded the limit of their measuring technology and these are the guys who make gyro-compasses for NASA.

Mr. Hund explained that some of the stones are balanced to within one-hundred thousandths of an inch from absolute perfection. After confronting a scientist from NASA, he found out that current technology cannot produce something as finely balanced as this, and that the only way something like this can be achieved is either by the forces of nature or otherwise in zero gravity or space.

In a letter posted on Klerksdorp Museum’s page from South Africa, which was removed in the meantime, Mr. Hund noted some interesting facts and observations of his own and from scientists and researchers he had discussed with:

I was intrigued by the form of the spheres, grooves around the middle and the fact that they are as hard as steel, while the material – pyrophylite – in which they are found, is as soft as limestone with a count of only 3 on the Moh scale.

They vary in size from 30 to 50 mm in diameter and have perfectly concentric grooves round the center as if they were molded. Inside the hard “shell” some have a spongy substance, while in others it resembles charcoal.

Other reports tell of an incident at the Klerksdorp Museum in South Africa involving a white sagoma, or which-doctor, who deliberately stole some of the spheres that where exhibited in the museum because of their presumably magical capabilities. The stolen spheres were never returned or found again.

If they indeed possess magical qualities or have another intended use, it will be hard if not impossible to understand after billions of years have passed over them. However, we cannot deny the strangeness of these out-of-place-artifacts and the fact that they could had been used for unimaginable tasks, by otherworldly beings.

Over 200 of them were discovered and extracted from the Wonderstone Silver Mine in South Africa, where remains of ancient cultures have recently been discovered. The spheres vary in size, averaging between 1 to 4 inches in diameter and are made of a nickel-steel mixture that doesn’t occur naturally.

Some have a thin shell about a quarter inch thick and when split-up, they are filled with a peculiar substance that disintegrates into dust upon contact with air.

NASA’s Opportunity rover also discovered some mysterious spheres on Mars, somehow resembling to these unusual Klerksdorp stones.
Could these artifacts have come from space, particularly from Mars? Is there a link between them and the Anunnaki, who once established a base in South Africa and mined for gold?http://ufoholic.com/