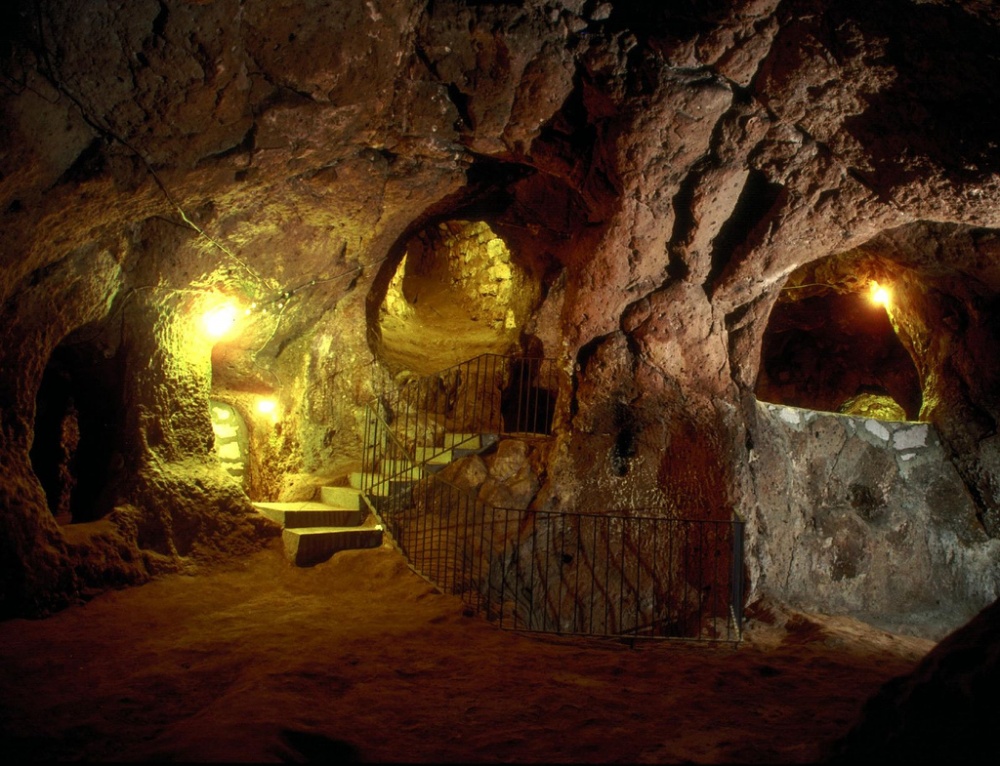 There is a large and ancient underground city near the village of Derinkuyu in Turkey. This subterranean city was presumably built about 3,000 years ago, although researchers still argue about when the city was built, by whom and why. The city was discovered accidentally by a local inhabitant in 1963 who took down the wall in his basement and saw a room and a passage leading to an underground labyrinth.

The underground city was home to approximately 20,000 residents.

There was even a winery with a wine press.

Researchers are of opinion that the underground corridors may go much deeper, nevertheless, the exact size of them remains unknown.

Tourists are allowed to visit only a small part of the city where the maze is fenced so that nobody gets lost.

There were stone-wheel doors at the entrances to the tunnels to protect residents from invaders.

Even if the enemy had gotten inside, he would have never gotten back to the surface without knowledge of the secret passages and labyrinth plan.

Probably the last residents of city were the early Christians, but they weren’t the actual builders.

People of different cultures lived here. After a while they were replaced by another group of people and this demographic process continued until the 8th century A.D.

Then the city was forgotten for more than 1,000 years.