The Silent Epidemic of Iodine Deficiency: Signs, Symptoms and Solutions 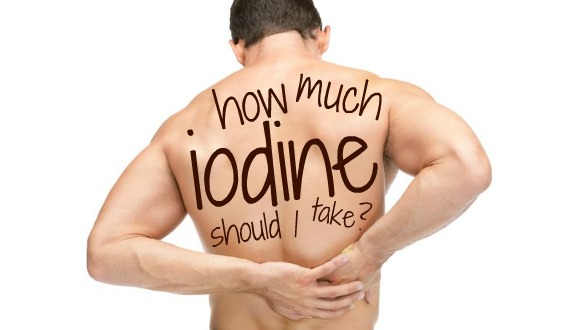 Before the 1920s, iodine deficiency was common in the Great Lakes, Appalachian, and Northwestern U.S. regions and in most of Canada. Treatment of iodine deficiency by the introduction of iodized salt has virtually eliminated the “goiter belt” in these areas. However, many other parts of the world do not have enough iodine available through their diet and iodine deficiency continues to be an important public health problem globally. Approximately 40% of the world’s population remains at risk for iodine deficiency.

In 2008, researchers concerned about the growing threat of iodine deficiency analyzed 88 samples1 of iodized table salt—the main supply of this critical micronutrient for most people.

Less than half of those tested contained amounts of iodine sufficient for optimal health.

In the developed world, iodine deficiency has increased more than fourfold over the past 40 years. Nearly 74% of normal, “healthy” adults may no longer consume enough iodine.

In this article, the latest data on this dangerous trend are presented. You will learn of iodine deficiency’s profound impact on overall health. You will discover iodine’s vital role in thyroid function and its link to obesity, cognitive impairment, heart disease, psychiatric disorders, and various forms of cancer. You will also find out how iodine can help ward off breast cancer and fibrocystic breast disease.

Why are Iodine Levels Dropping?

Iodine deficiency is on the rise in the United States. Simple supplementation may not be the answer as the following issues also need to be addressed.

Recent national survey data suggest that just over 11 percent of the total U.S. population, and over 7 percent of pregnant women, and nearly 17 percent of all reproductive-aged women, are deficient in iodine.

The Total Diet Study, performed by the FDA, reported an iodine intake of 621 µg for 2 year-olds between 1974 and 1982, compared with 373 µg between 1982 and 1991. During this same time period, the baking industry replaced iodine-based anti-caking agents with bromine-based agents.

In addition to iodine’s disappearance from our food supply, exposure to toxic competing halogens (bromine, fluorine, chlorine, and perchlorate) has dramatically increased.

You absorb these halogens through your food, water, medications and environment, and they selectively occupy your iodine receptors, further deepening your iodine deficit.

Fluoridation of water is a major contributor to iodine deficiency, besides being very damaging to your health in many other ways.

What are the sources of iodine?

Iodine is present naturally in soil and seawater. The availability of iodine in foods differs in various regions of the world. Individuals in the United States can maintain adequate iodine in their diet by using iodized table salt (unless they have to restrict the amount of salt in their diet), by eating foods high in iodine, particularly dairy products, seafood, meat, some breads, and eggs, and by taking a multivitamin containing iodine (see below). However, the amount of iodine in foods is not listed on food packaging in the U.S., and it can be difficult to identify sources of iodine in foods.

IODINE FROM THE SEA: THE MOST EFFECTIVE NATURAL FORM!!

Earth’s oceans are the main repository of iodine on the planet, and nowhere is iodine as highly concentrated as in seaweed. In particular, seaweeds such as kelp and bladderwrack are capable of concentrating and storing iodine at astonishingly high levels. Scientists speculate that these primitive plants accumulate iodine to protect themselves from oxidative stress in the open ocean.75 Humans can reap the benefits of this natural process, because the iodine in these seaweeds is in the most biologically available forms, making it ideal for consumption.

What are the symptoms of iodine deficiency?

All of the symptoms of iodine deficiency are related to its effect on the thyroid:

GOITER – Without adequate iodine, the thyroid progressively enlarges (develops a goiter) as it tries to keep up with demand for thyroid hormone production. Worldwide, iodine deficiency is the most common cause of thyroid enlargement and goiter. Within a goiter, nodules can develop. Patients with a large goiter may experience symptoms of choking, especially when lying down, and difficulty swallowing and breathing.

HYPOTHYROIDISM – As the body’s iodine levels fall, hypothyroidism may develop since iodine is essential for making thyroid hormone. While this is uncommon in the United States, iodine deficiency is the most common cause of hypothyroidism worldwide.

How is iodine deficiency treated?

There are no tests to confirm if you have enough iodine in your body. When iodine deficiency is seen in an entire population, it is best managed by ensuring that common foods that people eat contain sufficient levels of iodine. Since even mild deficiency during pregnancy can have effects on delivery and the developing baby, all pregnant and breastfeeding women should take a multivitamin containing at least 150 μg iodine per day.

Taken together, these biological factors explain the well-known link between iodine deficiency and thyroid disease, thyroid cancer, and breast cancer, all of which predominate in postmenopausal women.

The link between iodine consumption and breast cancer is most evident when you compare the Japanese and Western diets against cancer incidence.

Japanese women consume a diet high in iodine-rich seaweed, which provides them with an iodine intake 25 times higher than the average American woman’s.54 Japanese women also have breast cancer rates roughly one-third of those found in American women, a difference that disappears in Japanese women who immigrate to the US, where they consume considerably less seaweed.

How is iodine deficiency prevented?

As with many diseases, it is better to prevent the problem rather than have to treat it. Over the last 80 years, world-wide efforts have been made to eliminate iodine deficiency. Indeed, elimination of iodine deficiency has been a major goal of the World Health Organization. Iodized salt has been the mainstay of treatment for iodine deficiency worldwide, including in the United States. Injections of iodized oil are occasionally used in regions of the world where widespread iodized salt use is not possible. Iodination of water supplies also has been effective in some places.

UNITED STATES RECOMMENDATIONS – The Institute of Medicine has set the Recommended Dietary Allowance (RDA) for iodine in adult men and women at 150 μg per day. Individuals who add tablet salt to their food regularly should use iodized salt. One teaspoon of iodized salt contains approximately 400 μg iodine. Most iodine-containing multivitamins have at least 150 μg iodine, but only about half of the types of multivitamins in the U.S. contain iodine.

Are there problems taking too much iodine?

Taking too much iodine can also cause problems. This is especially true in individuals that already have thyroid problems, such as nodules, hyperthyroidism, and autoimmune thyroid disease. Administration of large amounts of iodine through medications (ie Amiodarone), radiology procedures (iodinated intravenous dye) and dietary excess (Dulce, kelp) can cause or worsen hyperthyroidism and hypothyroidism.

In addition, individuals who move from an iodine-deficient region (for example, parts of Europe) to a region with adequate iodine intake (for example, the United States) may also develop thyroid problems since their thyroids have become very good at taking up and using small amounts of iodine. In particular, these patients may develop iodine-induced hyperthyroidism (see Hyperthyroidism brochure).